As scripted by McCarthy, Falcone and Steve Mallory, The Boss represents the latest of the star’s mostly lucrative efforts to push back against the all-boys-club mentality of so much mainstream comedy.

Her character’s traits enhanced by florid outfits and an impressive wig, McCarthy plays Chicagoan Michelle Darnell, the “47th richest woman in America who clawed her way to the top through a combination of street smarts and betrayals of both her former mentor Ida (Kathy Bates) and ex- lover/business partner Renault (Peter Dinklage). Michelle’s take-no-prisoners attitude is explained via an early montage in which she’s seen as a young girl being unceremoniously returned to her orphanage after being rejected by a series of foster families. Now she proudly revels in her ostentatious wealth and abuses everyone in her orbit, including her beleaguered personal assistant Claire (Kristen Bell).

But when Michelle once again screws over her rival Renault on a deal, he spills the beans to the authorities about her nefarious business activities, and the Club Fed prison gates clang shut on her for six months. Upon her release she discovers that her home has been taken away and her assets have been stripped, leaving her little recourse but to show up at the door of the apartment of Claire and her pre-teen daughter Rachel (Ella Anderson). Claire, who’s now working at a low-level office job, initially resists having her former boss as her houseguest, but finally gives in and allows Michelle to sleep on her couch until she can get back on her feet.

Reluctantly agreeing to escort Rachel to a meeting of her after-school group the Dandelions, Michelle is inspired by their Girls Scout-style cookie-selling operation and hatches a plan to start a rival group, “Darnell’s Darlings”; to sell Claire’s delicious home-baked brownies. The venture is an instant success, resulting in an intense rivalry between the two groups that leads to a knock-down- drag-out brawl in which the adolescent girls and their adult chaperones mercilessly pummel each other in Sam Peckinpah-style slow motion. Meanwhile, Renault schemes to take over the burgeoning business, with Michelle mistakenly getting the impression that Claire is in cahoots with him. The ensuing corporate intrigue culminates in a rooftop sword fight between Michelle and her former lover who’s still besotted with her.

McCarthy is a brilliant physical comic. She’s the kind of actor who can crash through a wall spouting gibberish and make you believe that it’s something that a person might actually do. She shines when disrupting order—when unthinkable desires suddenly seize her characters, or unacceptable thoughts make their way from their brains and express themselves as uncalled-for, bizarre or hurtful observations. But that’s not what she’s doing here. Here she’s mostly begging for love.

The opening ten minutes do a fine job of explaining, within the confines of super-broad comedy, how this woman channeled her feelings of loneliness and rejection into financial success.

There’s nothing going on in The Boss except Melissa McCarthy groveling for affection from the same viewers who already bought tickets to see her. 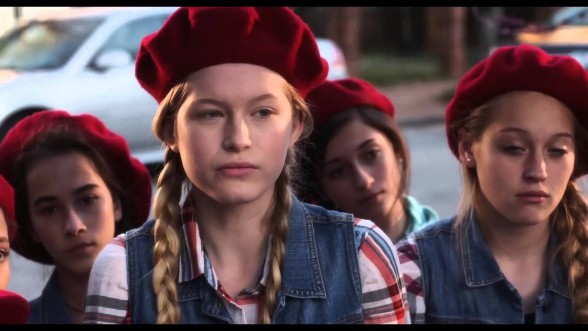 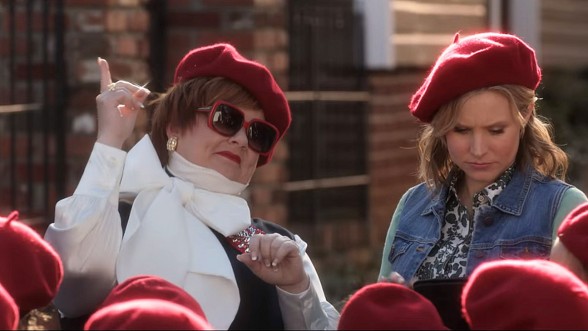