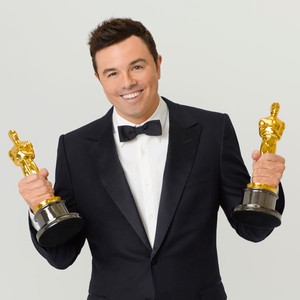 At the risk of sounding like a red-stater surrounded by a battalion of blue-staters — or vice versa — I’m going to go out on a limb and say this: Has there been an Oscar telecast in recent memory as funny, as brisk, as all-around entertaining as this one? For that matter, has there been a recent Oscar host as talented, charming, and polished as Seth MacFarlane? Sure, along with the charm came a smidgen of smarm; sure, some of his jokes were off-color and even, at times, offensive — but isn’t that why they hired him? So that he could stir things up a little? He is the brains behind the nothing-is-sacred “Family Guy”, after all. And wasn’t the previous host, the (also very funny) Ricky Gervais just as naughty, if not worse? MacFarlane displayed singing chops, stand-up chops, and — most importantly — hosting chops. He kept the show moving, and seemed to be having a great time doing it. More to the point, we had a great time watching him. Isn’t that what it’s all about?

Some other random thoughts about the telecast:

William Shatner, ever the sport, was terrific as MacFarlane’s “conscience” … It was cool seeing (most of) the Avengers again (Avengers re-assemble!), even if one or two of their gags DID make me want to — well — gag … Swell idea, that Bond tribute, though it WAS haphazardly edited, sad to say, and way, WAY, too short … Shirley Bassey still has the pipes, doesn’t she? Her powerhouse version of that most iconic of all Bond songs, the classic “Goldfinger”, made Adele’s later rendition of the inferior “Skyfall” pale in comparison … The musical numbers — show-stoppers from “Chicago”, “Dreamgirls”, and “Les Miserables” — were, in a word, spectacular (attention, future Oscar producers: more of that, please!) … To Christoph Waltz, Anne Hathaway, Ang Lee, Daniel Day-Lewis, Ben Affeck, and Adele — winners all — great speeches, the lot of you; your humility and class were much appreciated … and to Barbra Streisand, for your moving rendition of “The Way We Were” in honor of the late Marvin Hamlisch: simply … thanks.

As for the awards themselves — “Argo” wasn’t my favorite film among the Best Picture nominees, but it sure was close (number two with a bullet, to be exact), and I’m glad it won … Lee deserved every inch of that foot-and-a-half tall gold statuette for his breathtakng work on “Life of Pi” … The winners of the acting Oscars were all deserving (I even agreed with the Academy on most of them) … and, as for “Brave” — what a beautiful, rousing, and hilariously funny Best Animated Feature THAT was!

MacFarlane has already gone on record as saying that he will never agree to host the Oscars again. Didn’t Gervais say the same thing after HIS initial effort got panned? He came back — maybe MacFarlane will, too.

Whoever hosts the show next year (word is out already that it might be Jimmy Kimmel), here’s hoping he’s (or she’s) just as winning, just as much fun. We wouldn’t want a stuffed shirt hosting Hollywood’s Biggest Night, would we?