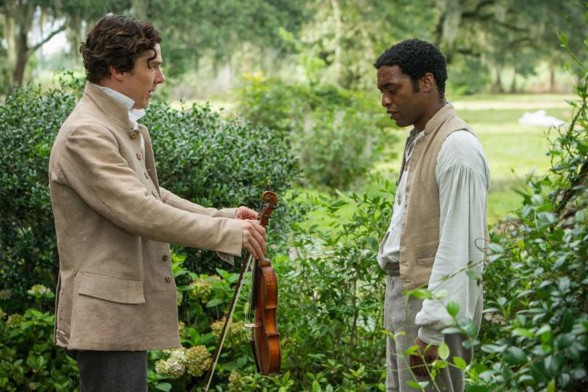 Steve Mcqueens latest film, after its much discussed predecessors, is perhaps his well rounded, complete one, from every point of view. An important film, for multiple reasons, and, dare I say, an absolutely marvelous one, better than anything he has directed, to date.

As has often been the case, his actors are courageous, brilliant, and incredibly “real”, giving life to deep, interesting, precise characters, from long time collaborator Michael Fassbender, to the protagonist, Chiwetel Ejiofor, to Sarah Paulson and Brad Pitt (also one of the producers), Mcqueen even finds space to give a new face her screen debut, the astoundingly “mature” (in her deep, convincing portrayal) Lupita Nyong’o, a new face that I am sure we will be seeing more of in the future.

The writing is effective and not overdone, the cinematography, aesthetically magnificent and perfectly fitting, the editing, sound, and score “complete” this gem of a film. Some amazing old­school cinematographic tricks, such as the long, silent, still, gut­ wrenching sequence of Solomon (chiwetel ejiofor) being hung, as a punishment, which seems to last for hours upon end, go to show how a master of his craft can truly produce incredibly powerful images without needing the aid of special effects.

But the remarkable thing about 12 years a slave, which, in my opinion, ranks it as one of the most powerful films ever made regarding slavery, (and in general), is the way in which this picture manages not to “show” you this horrific reality, but to truly plunge you into it. As a caucasian, American man living in modern day New York city, but having moved here after a lifetime overseas, it is fundamental to discover what it feels like, what it means, to have endured so great an injustice for so long. This is important to comprehend the steps that have been taken, and must still be taken to eradicate any and all forms of racism.

After a little less than two years here in the United States, this film is perhaps one of the strongest lessons I have had the privilege of being taught regarding the above subject. Thus underlining the power and importance of film, and more generically art, in modern society.