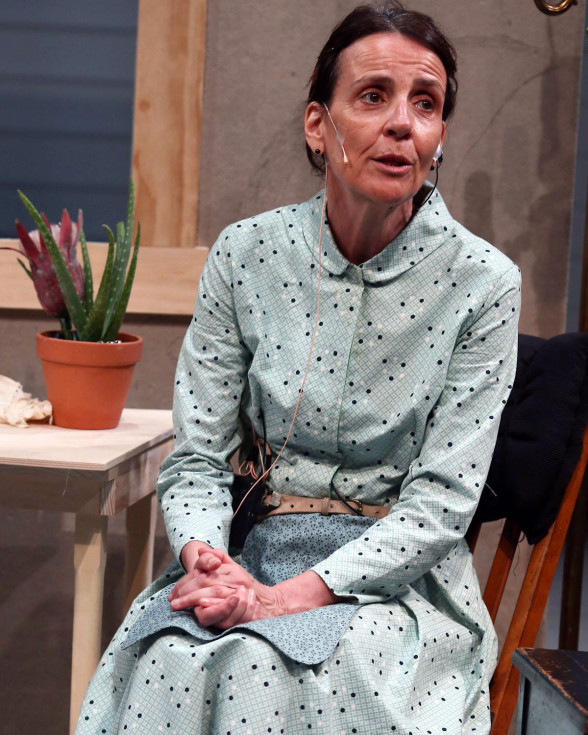 The Wooster Group’s newest production is one of their record album interpretations. They’ve done a couple in the past (which our friendly narrator tells us), but this one seems more staid that the others sound. Four women, dressed like Shakers, with earpieces and microphones sing and speak alongside a recording from 1976 of Early Shaker Spirituals. Occasionally they move (at one point the stomp of a foot really jolts the audience to attention), but mostly they sing with vigor, they wait for the recording to begin and then they dance.

There’s a meditative quality to this piece of work, the songs are mostly unknown, except for a rendition of “Simple Gifts” which is beautiful and profound in the context of these women. Later in the piece, the mold is broken and the women begin to dance to the songs that they’ve already sung, with four young male actors in Williamsburgian attire (contemporary Williamsburg, not the old colonial). As the men shake and move and prove their virility, the women (including Wooster Group founder Elizabeth LeCompte and Academy Award winner Frances McDormand) move with less mobility and more inner feeling. The juxtaposition between these older women and the younger men feels funny and yet full of possibilities.

Early Shaker Spirituals uses technology sparsely, unlike many of the Wooster Group’s previous productions, but the use of technology is clever and knowing. Also clever and knowing is Jamie Poskin, the narrator who reads the liner notes from the album and carries the audience along for the ride.

Not much happens in hour–long production of Early Shaker Spirituals, but it’s a piece of theater that holds meaning in its lack of plot or narrative. The physicality and the lyrics and the set that looks almost like a diorama of an old kitchen all blend together in a way that feels entirely authentic with bits of humor and sadness and the understanding that ways of life die out (there are three living Shakers remaining in Maine), but can still be remembered. 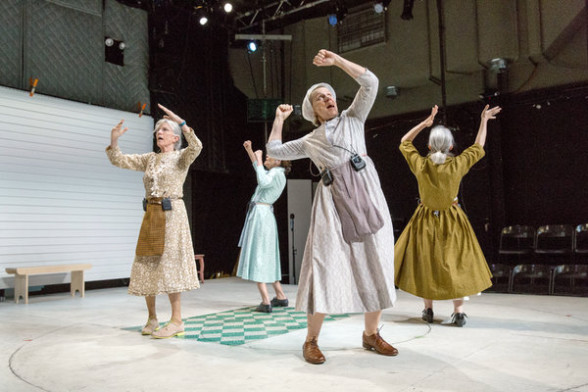 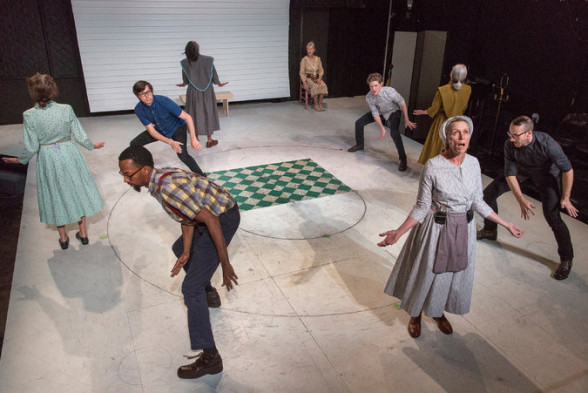