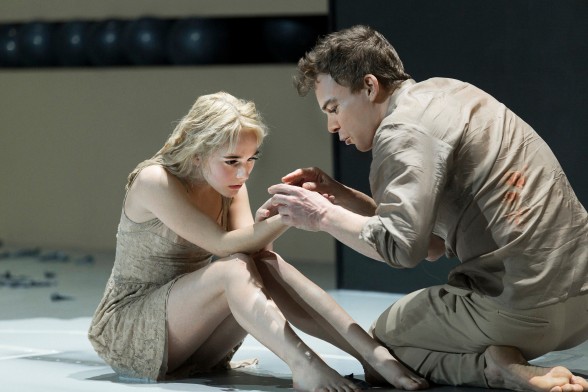 The alien has a very nice apartment with nothing but gin and cereal to consume. He has a pretty, unhinged assistant and he thinks often of the alien family he left behind. When a young blond girl starts to visit him, he is excited about the possibility of going back to his planet, but in the meantime he has to sing some David Bowie songs and come toterms with a mad man named Valentine who keeps killing people.

Lazarus, written by David Bowie and Enda Walsh, directed by Ivo van Hove and based on the novel The Man Who Fell To Earth by Walter Tevis with new and old songs by Bowie, has been a much looked forward to piece of theater on the New York stage this fall. And there are moments of wonderful weirdness juxtaposed with moments of on-the-nose storytelling through song. A David Bowie juke box musical was never destined to make sense, but I didn’t expect it to be quite so… well… alienating.

The performances are, for the most part, uneven. Michael C. Hall, as Thomas Newton is slippery and manic and channels Bowie’s voice and mannerisms with an uncanny ability and appears to be the most comfortable actor on stage. Many of the other actors seem slightly more confused by what is expected of them, by what they’re doing onstage and what the show they’re in actually is. Is it a musical where belting out “Life On Mars” while dreaming of traveling in a space ship is campy or earnest or somewhere in between? Or where changing your clothes and personality while singing “Changes” is on the nose or ironic? The audience is never clued into how we’re supposed to watch the piece and so these questions linger throughout. There’s a sense of fun throughout, but there’s also deep menace. Is the show about contemporary America? Is it exploring climate change? Mental illness? Senseless violence? It’s possible, but it’s also possible that those themes are merely hinted at, blown past on the way to the next Bowie song about space travel or love. The dialogue between songs is often trite or obtuse or not connected. We learn some character backstory, we discover that Newton’s assistant is obsessed with him and his ex-wife and all of her silky clothes that she’s left behind. We learn about Valentine (played with a high creep factor by Michael Esper) and his bloodlust. We hear a meet cute story from a sexy couple Valentine runs into, who are about to get married and then their story gets turned against them. But we never learn what any of this might lead to.

If nothing else the show is memorable and complicated, dangling on the line between experimental and commercial (much in the same way that Bowie himself has) without landing on either. 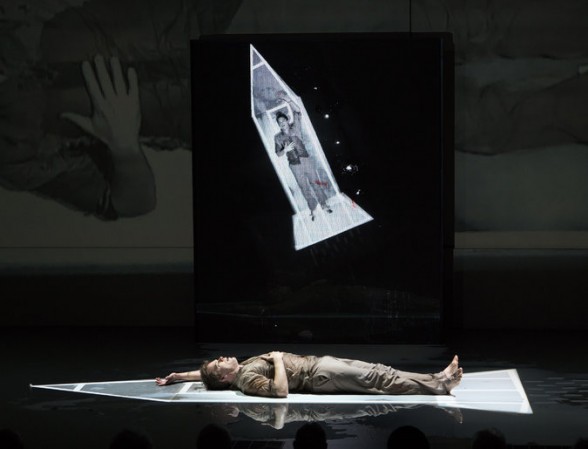 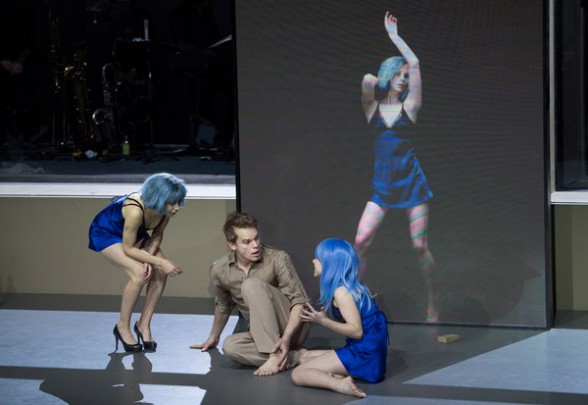