.
“Clybourne Park” — the Pulitzer- and Tony Award-winning play by Bruce Norris — is an earnest but heavy-handed piece of soapbox theatre about racism in America, focusing on two couples in a Chicago suburb, fifty years apart. The first couple is white, and about to sell their home; unbeknownst to them — and to the dismay of the community — the buyers (whom we never see) are black. The second couple, also white, is about to renovate the same house decades later, under the disapproving eye of their African-American neighbors, a couple of folks who have seen the area go from white to black, and would like it to stay that way. 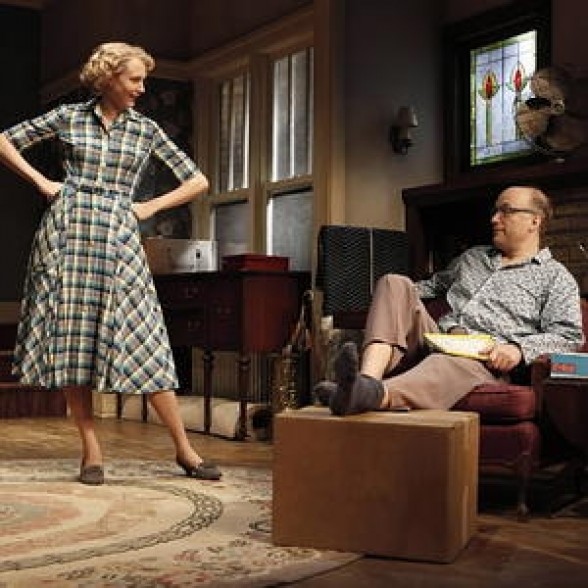 Each actor pulls double duty, playing one character in the first act and another in the second; the performances range from broad to realistic, cartoonish to credible. The real problem, however, is with the writing; once the subject du jour is introduced — racism, in all its ugliness — it poisons nearly every conversation, every aside. Even the occasional moment of levity — or the spate of wincingly bad racist jokes that pop up near the end — do little to lighten the mood. “Clybourne Park” may not be an utter disappointment, but it sure is in the neighborhood.
.
“ONE MAN, TWO GUVNORS”
. 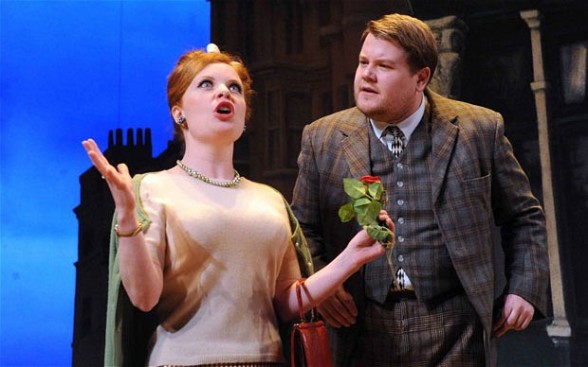 Far more successful is “One Man, Two Guvnors”, Richard Bean’s hilarious new  comedy based on “The Servant of Two Masters”,  by 18th century playwright Carlo Goldoni. James Corden stars as Francis Henshall, an average bloke who finds himself hired to do a series of jobs (delivering a letter, making sure that an elaborate dinner party in a fancy restaurant goes off without a hitch) for two different people at (more or less) the same time. Corden is a delight; darting back and forth, rolling about on the stage like a lunatic pup trying to rid itself of fleas, he is a master of physical comedy, the consummate clown. The restaurant scene, which also features a wobbly old waiter played brilliantly by Tom Edden, is side-splittingly funny. Sit up front at your own peril; audience members are routinely called upon to assist in the madness. (Though much of it is far less “improvised” than at first it appears to be.) Even the lively musical interludes by a band called The Craze are terrific.
.
Corden won a Tony for his performance, and deservedly so. He is, like the sheer, unmitigated insanity around him, an absolute hoot. 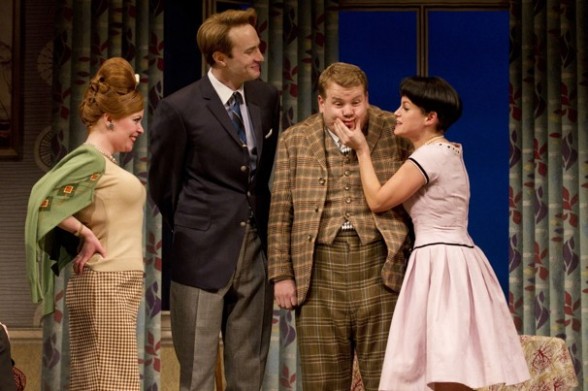