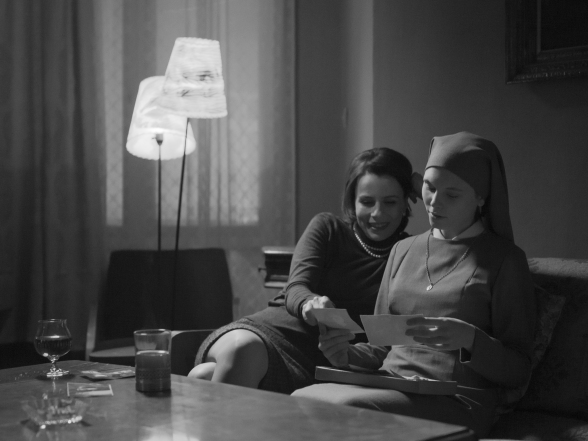 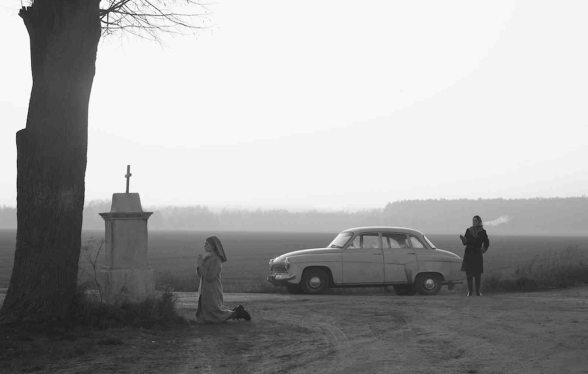 Though sticking a label onto the result of creative work is something I find rather unpleasant, I don’t know that I would always define the result of current Hollywood mainstream filmmaking to be very creative. Having to describe the type of films that Americans like to go watch in theaters, the box office (domestic, for films released in 2014) tells us that they are generally action-packed, superhero-filled, technologically stylized (sometimes animated), quick-paced flicks. While there is nothing wrong with this, and some great films have been released, one has to scroll down the list of the highest grossing films quite a bit, before finding a title that is slow paced. In a panorama of this type, Ida represents a full fledged, deep breath of fresh air, in more ways than one.

The conscious decision to not use color ends up adding depth and intensity to the focus that this film provokes in the audience, rather than feeling like something is missed. And the absence of fast-paced editing and action only seems to open up the atmosphere of the film to be a better foundation from which its powerful storytelling elements can spring into the minds of those soaking in this short, but richly dense piece of auteur cinema. All this absence leaves space to one of cinema’s most powerful elements, which happens to also be one of its most overlooked: silence. It is through moments of richly evocative silence that the universe of Ida takes shape, the universe they paint effectively suggests who we are dealing with, and in what context.

We meet the orphaned Anna (beautifully portrayed by newcomer Agata Trzebuchowska), who has never left the solemn convent where she grew up when she is 18 years old, and ready to make her vows. Her mother superior, however, sends her to meet her only living relative Wanda (another brilliant portrayal, by Agata Kulesza), before she can proceed. All of this takes place in desolate post-war Poland, in 1961, the country is destroyed by the horrors of the holocaust perpetrated by Nazi Germans on its territory and the dreads of World War II, which have left it economically and psychologically devastated. All of this is ulteriorly depicted through powerful images.

Many stylistic references are made to artistic masters of the past, as frames that could be paintings follow one another, revealing evocative geometries that only add layers to the marvelous work of co-writer and director, Pawel Pawlikowski, and cinematographers Lukasz Zal and Ryszard Lenczewski.

Watching Anna’s purity and innocence meet and interact with Wanda’s sexual disinhibition, chain-smoking and blunt fierceness is almost oxymoronic; however, their conflictual first meeting ends up leading to a mutual need, in order to embark on a trip to explore their past. Together. Their quest to discover what has been of Anna’s father and mother, Wanda’s beloved sister, causes the past to start surfacing, as Anna discovers she was born Jewish, by the name Ida, and her family were Holocaust victims, and Wanda’s past sorrows, which she had carefully buried, inevitably invade her mind.

Poland lost one-fifth of its entire population, including three million Jews, between 1939 and 1945, and the past to be uncovered is dark and tragic. As the two travel, they pick up a young handsome saxophone player, (David Ogrodnik delivers a great performance) that almost seems to embody a test to Anna’s indifference to sex, which Wanda, who is all about her boys and booze, can’t understand.

I could sit here and keep writing about the immense contents of this beautiful film, and how it manages to accomplish all that it does in just 82 minutes, but I recommend you go out and see it for yourself, because the density of its images, the subjects it touches upon, and the thoughts it triggers are countless. 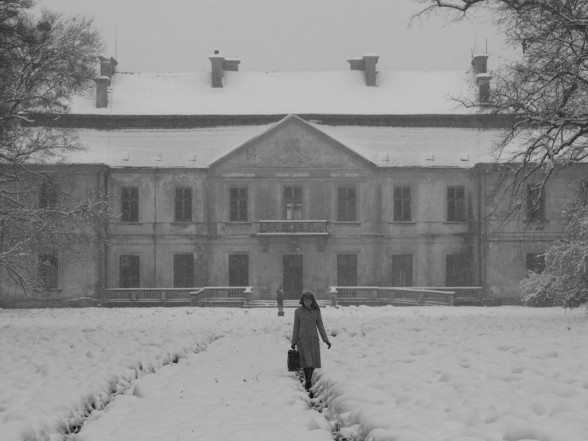 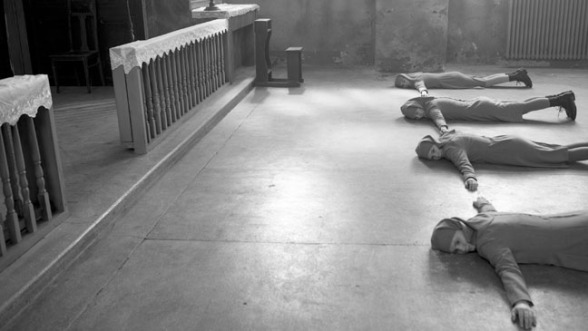 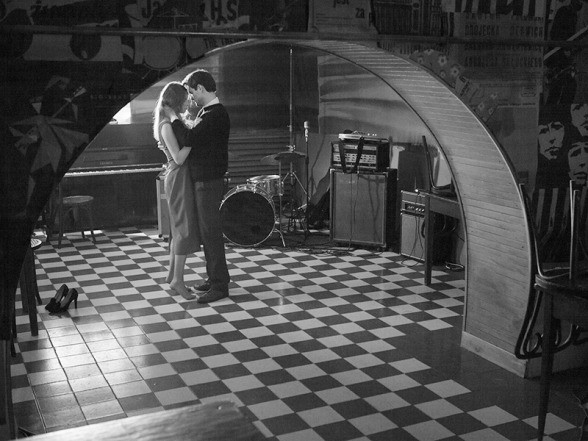