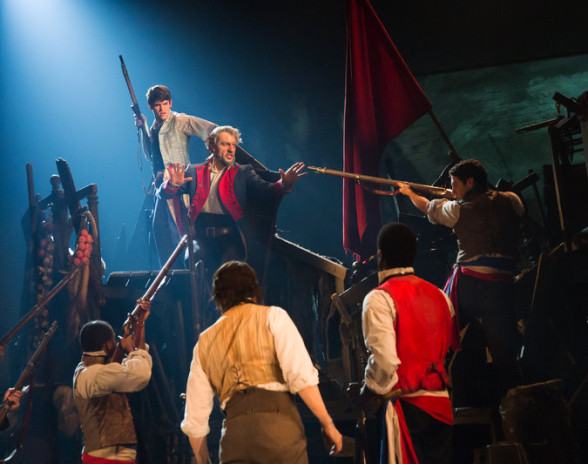 The boys are back in town–the honorable and heroic Jean Valjean and the blackhearted Inspector Javert, to be exact–in yet another revival of the mega-musical some Broadway pundits have called the Show That Won’t Go Away, Les Miserables.

A recap of the plot: Valjean, a peasant, has just been released from prison, where he has served twenty years for stealing a loaf of bread.  Under the watchful eye of the steel-jawed Javert, he eventually finds lodging at the home of a kindly bishop.  He steals some silver.  He gets caught.  The bishop speaks up on his behalf…and Valjean, overwhelmed by the man’s generosity, vows to make a new man of himself–and does.

What follows is a tale of redemption: Valjean befriends a dying prostitute, eventually adopts her orphaned daughter, eagerly joins the fist-pumping young radicals who have banded together to rebel against the ruling monarchy…and, of course, standing resolutely by, obsessed with capturing Valjean yet again–he still views him as the lowest of the low, a common criminal–is the blindly determined Javert.

Happily, all the elements that have made “Les Miz” so extraordinarily successful are still here, in all their glory: the battle between Good and Evil, the stirring score, the show-stopping arias (who hasn’t thrilled to such classics as “I Dreamed a Dream”, “On My Own”, and “Bring Him Home”?), and the madcap shenanigans (yes, there’s comedy here, too) of Thenardier and his wife in Act I’s delightfully dizzy set piece, “Master of the House”.  Throw in the sumptuous sets and magnificent costumes, and it’s no wonder the show has enjoyed such unparalleled popularity.

Aaron Walpole, stepping into the role of Valjean on the night I attended, was wonderful; Earl Carpenter’s Javert was the quintessential man of principle, ramrod-straight and wholly unyielding, and yet–particularly toward the end–surprisingly sympathetic; Caissie Levy, in the comparatively small role of Fantine the prostitute, delivered an “I Dreamed a Dream” that was a certified, Grade-A heartbreaker; Cliff Saunders and Keala Settle were quite the comic pair as the sticky-fingered Thenardier and his Mrs.; and Andy Mientus as Marius, the leader of the short-lived student uprising, was terrific.

“The Show That Won’t Go Away”?

Sacre bleu! Who would want it to?

(NOTE: Les Miserables is playing at the Imperial Theatre on Broadway.) 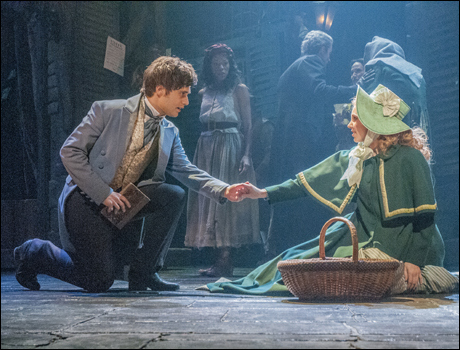 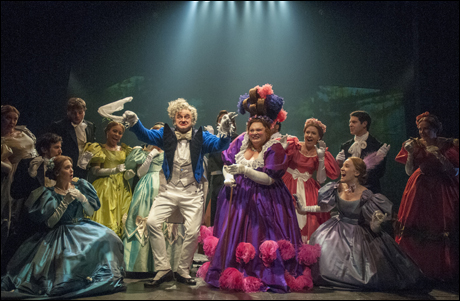 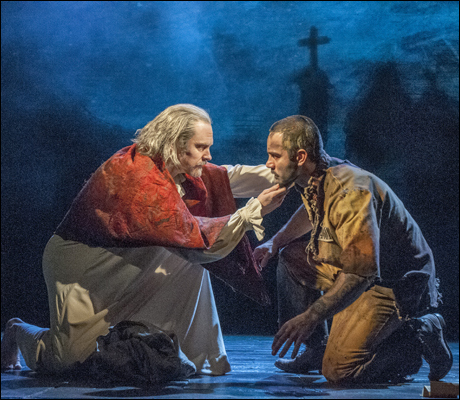 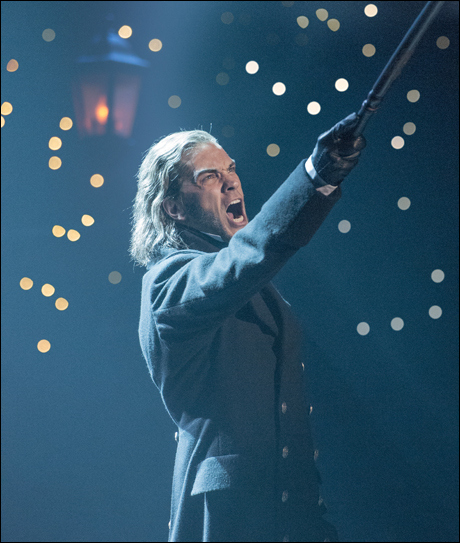