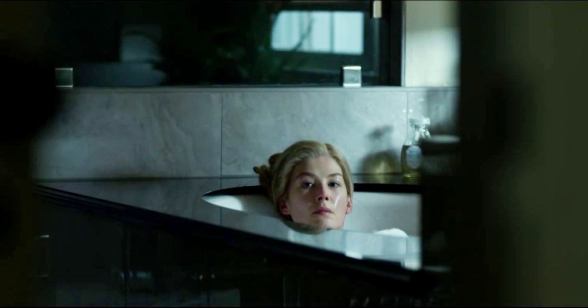 Ben Affleck stars as Nick Dunne, a New York writer thrust into the spotlight when his wife disappears, in the psychological thriller Gone Girl.
.
Via flashbacks–narrated by his wife, Amy, as she reads from her diary–we see their relationship evolve: from the night they meet at a party, to the day they fall in love, to their early years as a smiling, attractive, happily-married couple.  She was the “cool girl” he always wanted; he was the handsome, witty husband she’d been waiting for.  But–as Amy’s diary entries make clear–eventually things turn sour, neither of them is the perfect mate after all, and when Nick learns that his mother is dying and insists that they move to Missouri to be with her, it’s more than their marriage can bear.  (Throw in some unexpected employment and financial problems, and they’re really under the gun.)
.
And then one day, when a neighbor reports to Nick that there might be something fishy going on at his house, he hurries home, finds blood in the kitchen and a mess in the living room, and…
.
Gone Girl is really two movies, just as the novel by Gillian Flynn, who also wrote the screenplay, is really two stories.  In the first, we watch Nick as his hometown police force zeroes in on him as the primary suspect (of course–he’s the husband), and he becomes a pariah in his own community; in the second, we find out what REALLY happened. (If you haven’t read the book, as I have, prepare to be surprised–VERY surprised.)
.
Affleck is excellent, turning in an understated, laid-back performance that is exactly right for the role–Nick takes a perverse pride in never over-reacting to anything,  which, in the days and weeks following his wife’s disappearance, only makes him look guilty as hell. Rosamund Pike, as Amy, delivers an Oscar-worthy, chameleon-like effort that will leave you gasping.  (See the film and you’ll know what I mean.)  Carrie Coon is perfect as Nick’s worried sister Margo, with whom he owns (thanks to Amy’s money) a popular neighborhood bar; Kim Dickens is doggedly determined, if wholly misguided, as the small-town cop in charge of the case; Neil Patrick Harris (in between starring roles on Broadway and awards show gigs) loses himself completely in the tiny but crucial role of the young rich kid, now all grown up, from out of Amy’s past; and Tyler Perry lends able (and deadly serious) support as Nick’s hotshot lawyer.
.
David Clennon and Lisa Banes do fine work as Amy’s brave parents, who–much to their daughter’s dismay–have been chronicling her life for many years in a series of bestselling children’s books.
.
Under David Fincher’s carefully calibrated direction–he recreates the novel in painstaking detail–the action slows down a bit now and then, but it hardly matters.  Gone Girl has enough twists and hairpin turns to make your head spin.  Go to the nearest multiplex, plunk down your dough, find a seat…and hang on.
. 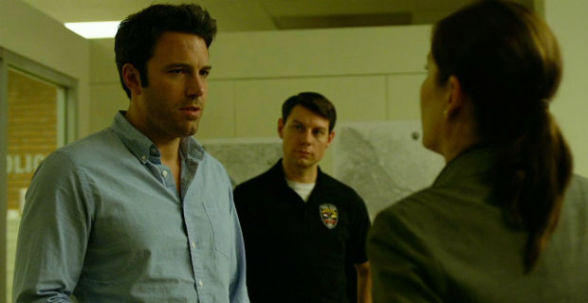 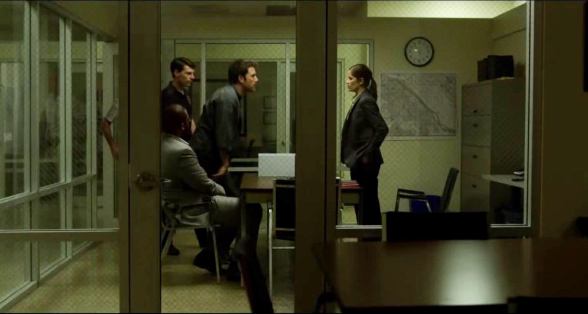 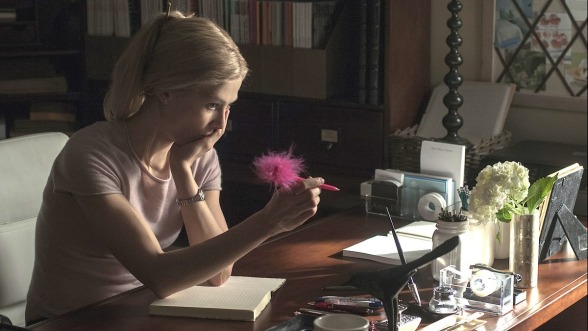 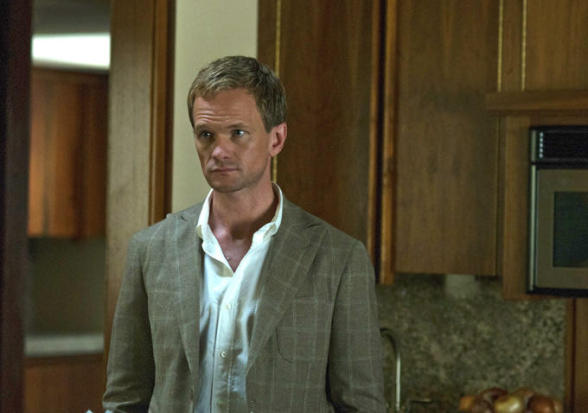