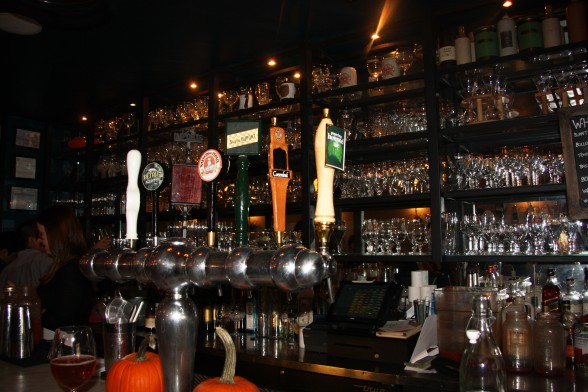 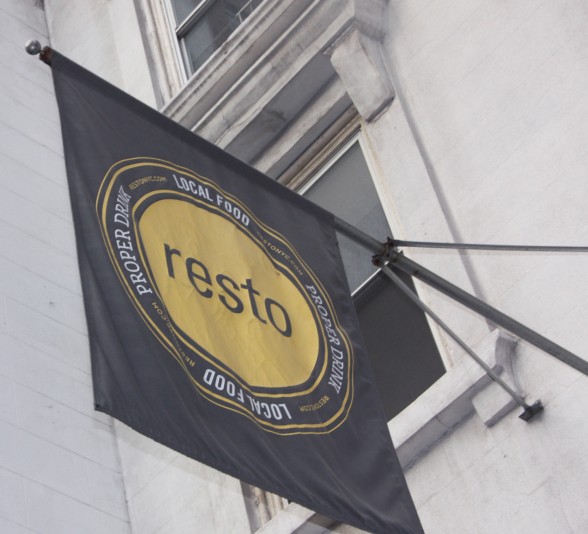 New York has lately had some rather crazy habits for what concerns its weather. The entire world knows about the terrible hurricane that hit the the city at the end of October, causing terrible damage and loss on the East Coast — our thoughts are with the victims. After that, New York suddenly got colder for a couple of days, climaxing in a snow-storm, and freezing temperatures.  Later on, the temperatures warmed up again to the mid sixties, on a weekend. It goes without saying that planning an outfit to wear was a difficult task, but as I waited outside Resto, I ended up sun-bathing in my t-shirt for a couple of minutes. 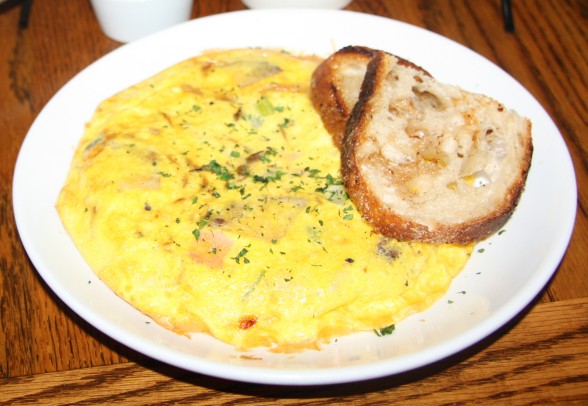 Luckily, a reservation had been made, because the small East 29th Street Belgian restaurant was very full. With the warmth of the sun, the light noise of joyful chitter-chatter, and some commercial lounge music, it created the perfect atmosphere for a pleasant and inviting environment for a laid back appointment with friends to talk and relax.

Once we got to ordering, the brunch menu offered typical American dishes with a nice influence of Belgian cuisine, a small number of well-assorted delicious foods: all kinds of eggs, pancakes, some pasta, sandwiches, burgers, and of course, frites. Rather unique options were the “moules & frites” (mussels and french fries), the “belgian hangover pasta” (vermont ham, gruyere, sunny egg, black pepper) and the “liege waffles” (Tristar strawberry jam, creme fraiche). Along with the food, music, cordial staff and good service, came some great cocktails, and a vast and interesting selection of beers. So varied and well chosen that it is capable of converting a beginner to beer-appreciation as well as satisfying a real connoisseur. 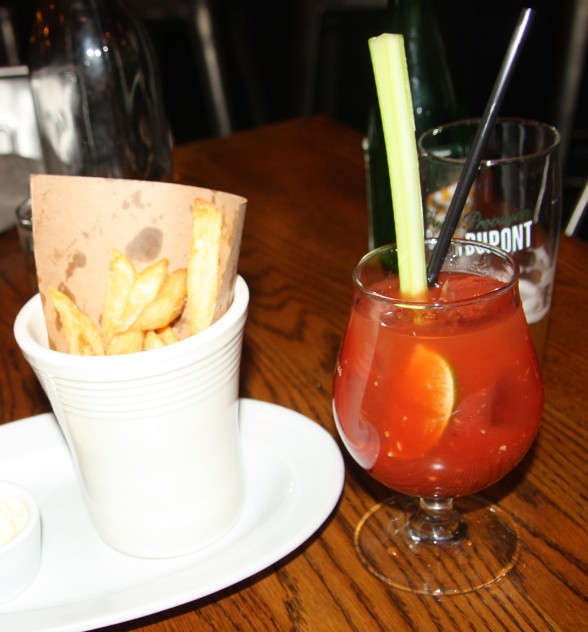 Time flew by, and before I knew it, a couple of hours had passed… and the context had led me into such an interesting discussion with my interlocutor that I didn’t even notice the restaurant was already half empty. To make a long story short, if you want to spend some time in a warm place, have a good meal, and taste beers you have never even heard of, Resto is a great option. Be sure to make a reservation, though, or you’ll end up sun-bathing outside for a long time! 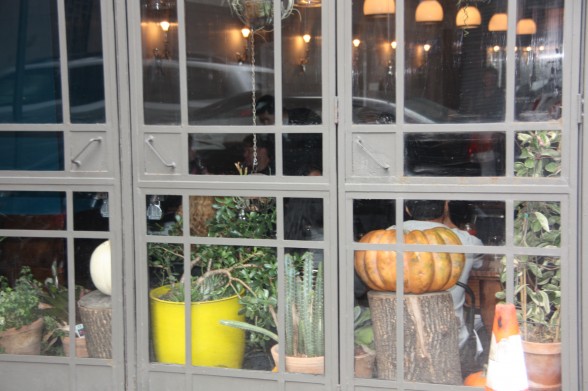