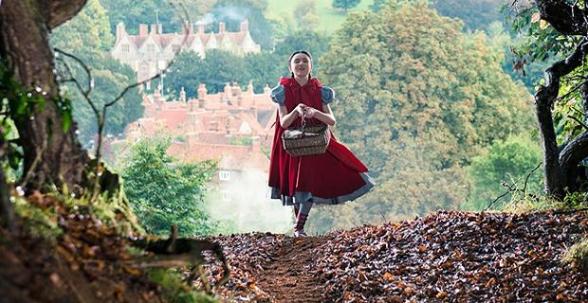 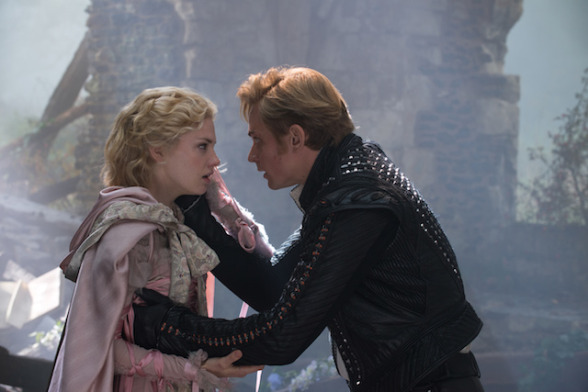 Disney brings Broadway to the masses – the movie-going masses – with its big-screen adaptation of the Stephen Sondheim musical theatre classic, Into the Woods.

Presented as a series of short vignettes featuring some of the most iconic characters in children’s lit – Cinderella, Little Red Riding Hood, the Wicked Witch and the Big Bad Wolf, among others – the story revolves around a village baker and his wife, a childless couple who have made a deal with the witch: if they go off to the nearby forest and emerge in the allotted time with four items – a white cow, gold slipper, blood-red cape, and lock of yellow hair – she will lift a decades-old curse and allow them to have the baby they’ve been longing for.

Part of the fun, of course, is watching many of these fairy tale mainstays, strangers to each other, interact for the first time.  Jack (of Jack and the Beanstalk fame) meets Cinderella; she bumps into the baker’s wife; the baker’s wife meets (and is seduced by) Cinderella’s lecherous prince.  Obstacles pop up along the way – Jack doesn’t want to part with his cow, Little Red Riding Hood won’t give up her cape – hindering the couple’s efforts, the plot takes an unexpected twist, leading to a dark and disturbing final act (Sondheim and James Lapine, who wrote the book for the musical and the screenplay, clearly wanted to return the fairy tale to its bleaker, pre-Disney roots), and – mini-spoiler alert – not everyone survives.

Director Rob Marshall’s large ensemble cast is uniformly excellent, and in fine voice, too.  James Corden and Emily Blunt shine as the desperate couple at the center of it all (Blunt is especially good as a simple woman with tons more spunk than even her husband knew she had); Anna Kendrick is pert and pretty but also heroic as the belle of the ball herself, Cinderella; Chris Pine, blue-eyed, unshaven, overplaying nicely while channeling his inner Clark Gable, is terrific as the prince; and young thesps Lilla Crawford and Daniel Huttlestone acquit themselves admirably as the junior members of the group, Little Red Riding Hood and Jack.

Tracy Ullman as Jack’s frazzled mom and Johnny Depp as the wolf turn in fine – and, particularly in Ullman’s case, consistently funny – work.

As the Witch – the showiest role in both versions, stage and screen – Meryl Streep is wonderful, gleefully chewing up the scenery and spitting it  out with every over-the-top, gap-toothed cackle … yet also displaying, when the script demands it, a surprisingly human side, as well.

The music is great – once you hear the title song at the very beginning, you won’t be able to get it out of your head – Streep herself sings the hell out of some of the most memorable numbers Sondheim has ever written, including “Stay With Me” and “Last Midnight“, and the look of the film, with its earthy colors, dark, densely-canopied woodland backdrops, and sun-dappled clearings, is gorgeous.

There is death and destruction here, to be sure, especially later on, but also plenty of comedy, charm, and – ultimately – hope.

If you haven’t seen Into the Woods onstage yet, this would be a fine way to get acquainted with it. 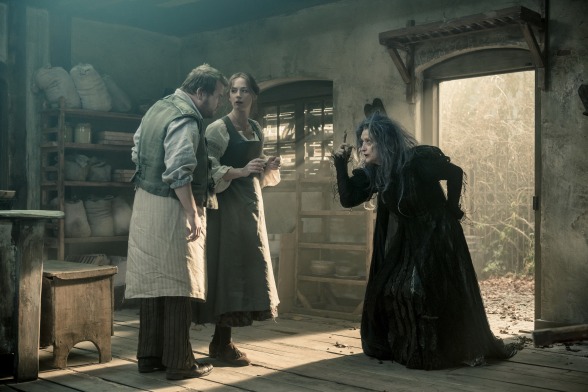 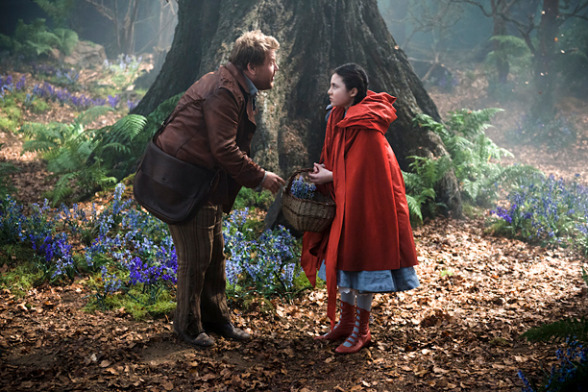 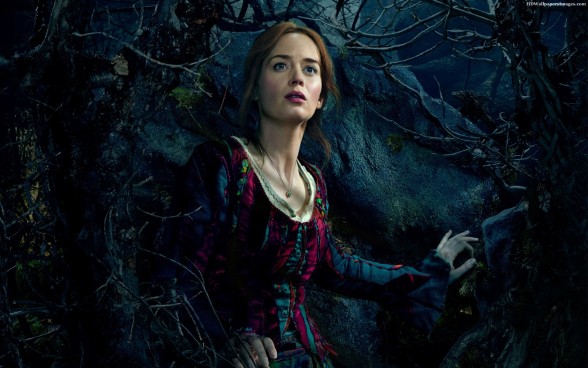 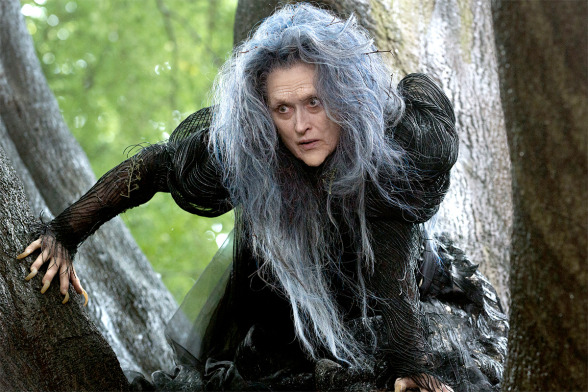 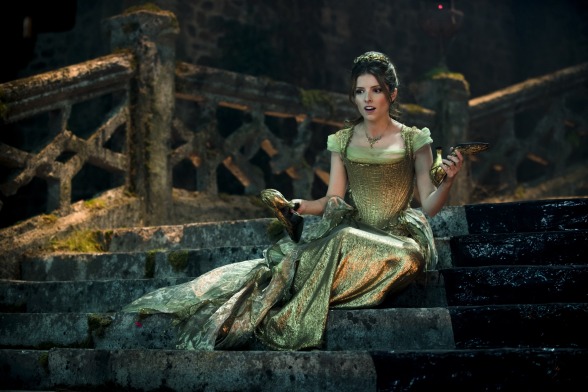 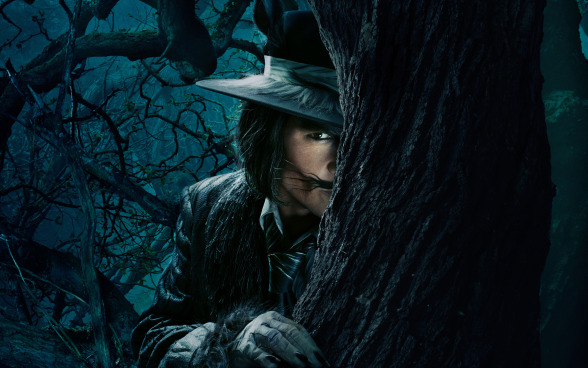 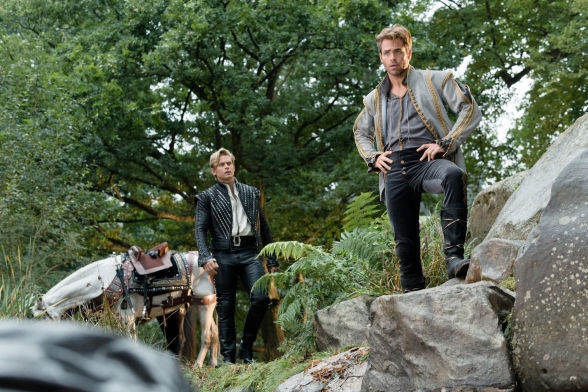 (This is the first in a series of reviews of possible Oscar contenders.  The Oscars will be telecast on Sunday, February 22, 2015.)