It’s been twelve years since film auteur and self-proclaimed “King of the World” James Cameron released the Oscar-winning hit, “Titanic”.  Now, he’s finally come out with his long-awaited follow-up, the uber-hyped (and very un-“Titanic”-like) “Avatar”.
.
Was it worth the wait? Is King Jim still deserving of his crown?
.
Well… yes and no.
.
“Avatar” is, undeniably, a visual feast.  With its small army of ten foot tall, cat-faced aliens (they even hiss), colorful forests and lush landscapes, and enough eye-popping creature — flying and otherwise — to fill a zoo, Cameron’s vision is like a spectacularly illustrated comic book come to life.  And when the bad guys clash with the good guys in the film’s thrilling climax, the visuals become just plain jaw-dropping.
.
Unfortunately, a lot of water passes under the bridge — or a lot of Pandorans under the Tree of Souls — before then.  Part travelogue about a place none of us will ever visit (except perhaps in a drug-induced dream), part idyllic romp over hill and dale by fledgling Pandoran Jake and the beautiful (in her catlike way) Neytiri, the native girl entrusted with showing him the ways of her people and with whom (no surprise here) he eventually falls in love, the first half of the film comes across as little more than a naked attempt to demonstrate the kind of awesome special effects a gazillion dollars can buy.  I kept wondering: is this all there is?
.
Another problem: things happen so fast at the beginning of the film that some scenes (even with the voice-over narration, which is supposed to help, but doesn’t) are merely confusing.  (Drink plenty of espresso before you see this movie; you’ll need to stay alert.)  Following in the footsteps (figuratively speaking) of his dead brother, wheelchair-bound ex-Marine Jake Sully agrees to fly off with some coldblooded and greedy military/industrial types to the far-off planet Pandora.  His mission: assume the identity of a Pandoran, earn the natives’ trust, and then convince them to abandon their land so that his fellow humans can swoop in and mine it.  (There’s a mineral buried beneath the soil, apparently, that’s supposed to solve an energy crisis back on Earth.  It’s called “unobtanium” — an awful pun on how hard it is to find anywhere else in the universe.  Trust me: some of the dialogue is equally as corny.)
.
How does the human Jake keep morphing into the Pandoran Jake?  By squeezing himself into a kind of coffin-like tube and falling asleep while his “avatar”–his genetically-engineered Pandoran alter-ego–awakens from his own scientifically-induced nap and comes alive down on the planet.  Once we see his avatar (and the avatars that a few of his shipmates have been given) the story shifts back and forth between live action scenes up on the ship and animated scenes down below (yes, the Pandorans, every last one of them, are animated) in a rapid-fire storytelling style that’s practically dizzying.
.
But what IS the process?  How, exactly, DOES Jake switch bodies? And where did the avatar bodies come from? Come to think of it, how were the avatars integrated into Pandoran society in the first pace? Nothing is ever satisfactorily explained.  It’s as though Cameron decided that we would take it on faith that everything was precisely as it should be–or that we’d all be so wowed by the (mostly) realistic-looking aliens and breathtaking scenery that we just wouldn’t stop to think about it very much.
.
Still–despite its flaws–this visual smorgasbord is almost never boring; the last act is a killer; and, in the grand tradition of the professional wrestling “heel”, the chief bad guy, Jake’s square-jawed, scar-faced commanding officer (though about as deep as a puddle) is a top-notch villain.
.
Bottom line: see “Avatar” for its spectacle.  See it for its special effects.  Just don’t see it for its storyline.
.
For that, you might need Cliff’s Notes. 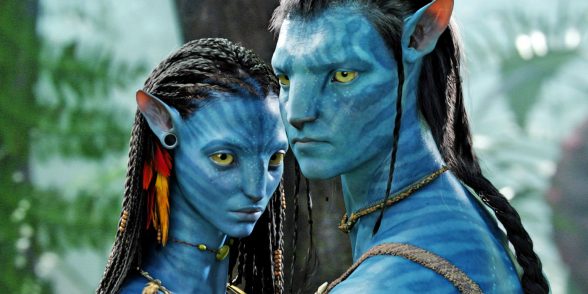 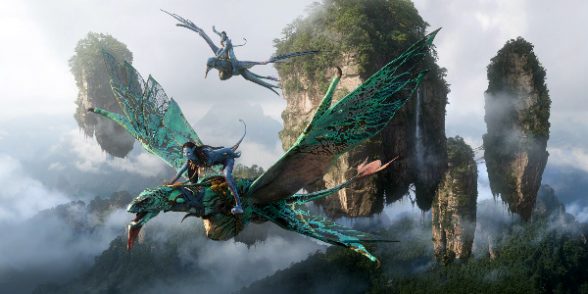 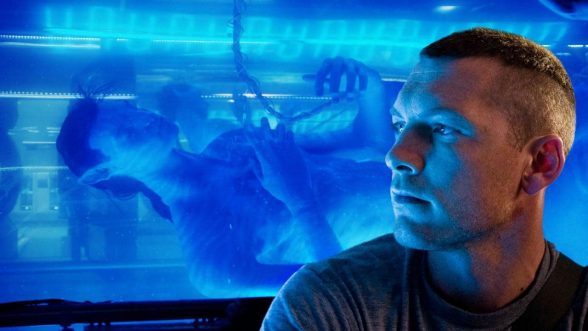