Luke–brilliantly played by Brandon Flynn–is a teenager living in a small community in Kansas. In the beginning of the play, we see hints of what is going on in his unusual life as a teenager: When the lights are on, he is seen tied-up to chains, looking very uncomfortable and unhappy. (Watch out for some violent moments, even thought they’re short; kids under 15 are not allowed to see this show.)

Soon enough we are introduced to Luke’s family, his absolutely unbearable mother, and his distant father who claims he believes in God. Despite his mom being annoying, wait until Karen Ziemba sings “There Was A Boy”, the only moment I literally had a hard time drying my eyes as my glasses got blurry from my tears and I didn’t have a handkerchief on me. Later on in the story we will learn that Luke is probably a gay atheist–no wonder why he chooses to live with a psycho named Micheal, a former History teacher who hurts him in the beginning rather than with his own family.

But at first Luke didn’t want to live with Michael, he was kidnapped, until he got used to living in a dark basement far away from civilization for about a year. His description of the basement toward the end of the show is very interesting, in a heart-breaking conversation he will have with his father.

Just my personal experiences seeing over 70 theater shows in New York City per year, this musical reminds of of a FUN HOME, when old-school friends visiting from Florida and from Australia weren’t happy with that story as a musical: “Do you really call this a musical?”  Indeed, in both musicals, the music is almost irrelevant, but it certainly helps tell a story so beautifully. I don’t mean to be unfair to the composers, far from that! John Kandor’s work is amazing! In both cases, as a common theater goer, I fell in love with the plot and can hardly remember that these stories are musicals.

The end of KID VICTORY is amazing. Pay attention closely to Luke’s conversation with his dad right when he’s getting ready to leave his parents to live in NewFoundLand. It’s also possible he just won’t leave after opening up with his dad. Something very special will happen toward the very end, and the set will help tell the story. I find it hard to imagine KID VICTORY without Brandon Flynn’s acting in it, as he seems to be the real face of the story onstage, while everybody else seems slightly blurry by his charms and great acting skills. 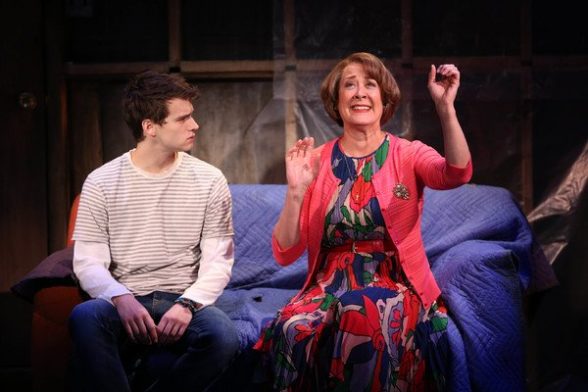 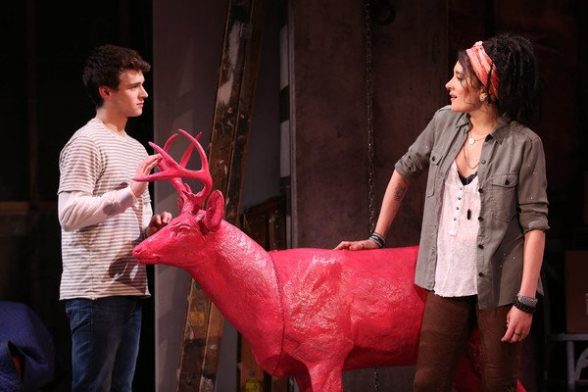 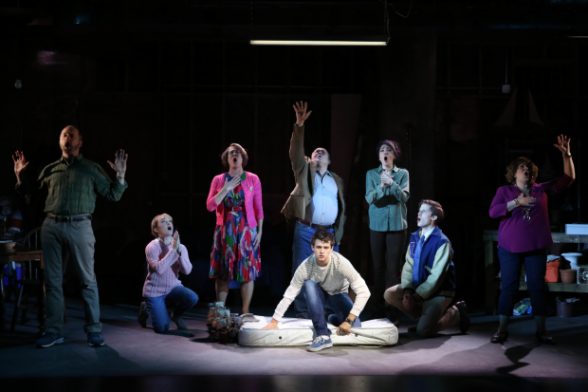