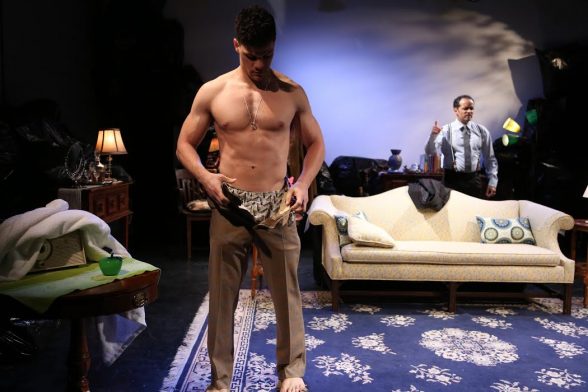 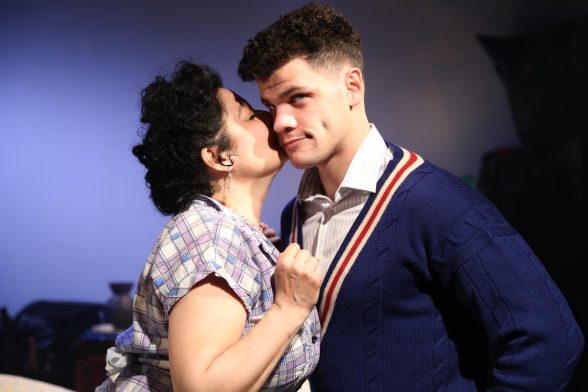 For a younger theater crowd who, like myself, had never seen “Entertaining Mr Sloane” onstage, this is the time to not miss it. Sadly, it’s a short run, from May 4th through May 14th. Good news is: There are tickets at only $9 for TDF members.

In real life, in 1967, a promising playwright, Joe Orton, wrote this play, but he didn’t live long to see all of his extraordinary writing work, because he got murdered by his boyfriend at the time. In this story, murder in dealt in a very funny way, which I cannot tell here as it would spoil the plot.

Matt Baguth, who plays Mr. Sloane, is a delight to see in his undies onstage, as he has an amazing body and very good acting skills: You’ll have 1hr. 55 min. to enjoy his moves seducing the man and woman who gave him a home and a job, as he says he’s an orphan. The problem is that his new friends’ father also lives with them, and he knows that Mr. Sloane isn’t trustworthy, so a whole conflict will lead to accusations of murder and whatnot!

The plot is amazing. Only after you see this show you’ll understand why Mr. Orton was called the new Noël Coward at the time, if he had managed to stay alive.

Location: The Wild Project, 195 E Third Street between Avenues A and B, in Manhattan
Subway: 6 to Astor Place, F to Second Avenue (All stops may take 10 minutes or longer, so you should consider Uber, Via, Lift and the like)
Theater box for tickets: (212) 352-3101
Cast: Elise Stone, Matt Baguth, John Lenartz 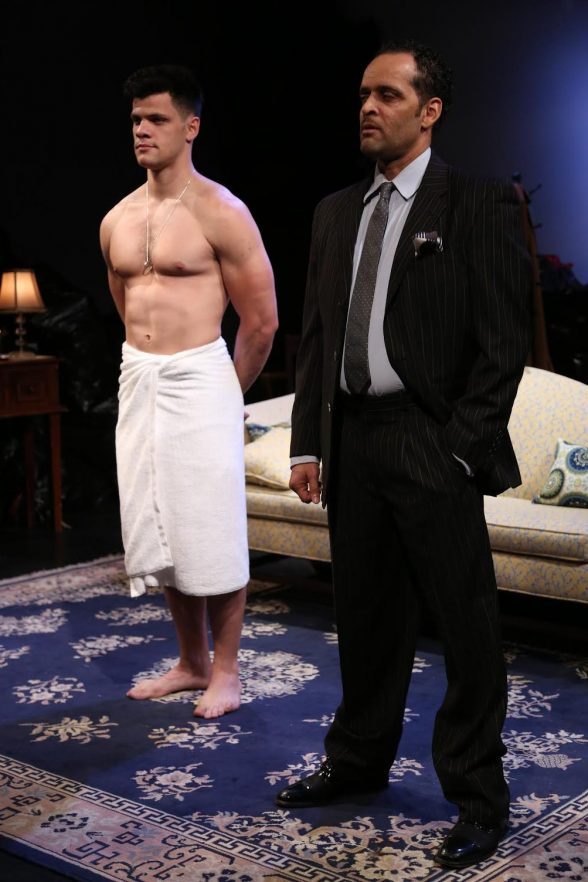 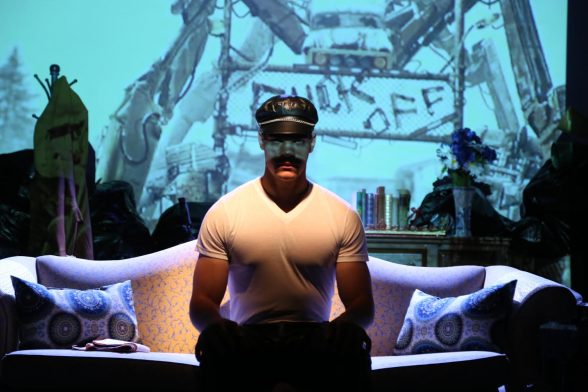