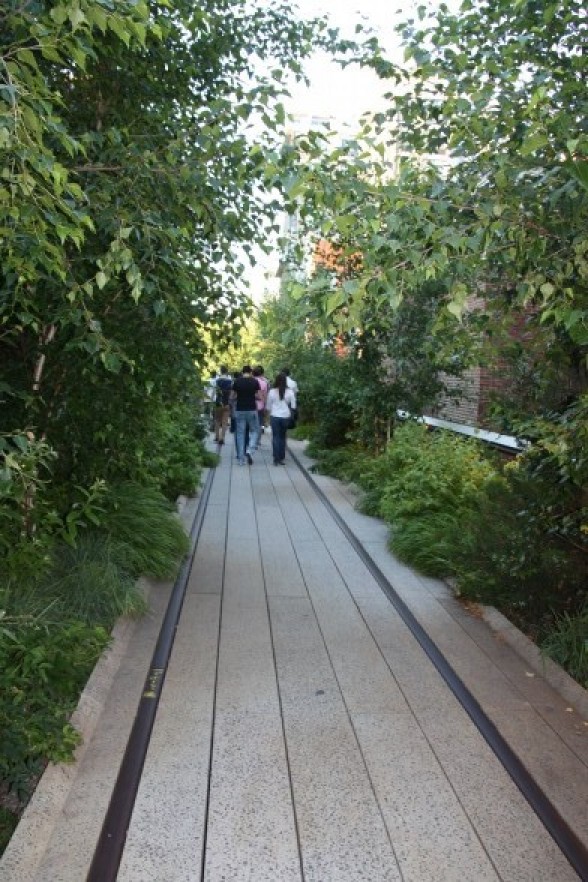 From 1847 until 1934, there used to be a train line in New York City called the West Side Line. It went along the west side of the borough of Manhattan, in an area known today as Tenth Avenue. Because the original train tracks were street-level, that avenue was nicknamed “Death Avenue”, due to constant fatal accidents that took place in its crossings. In 1934, however, the city decided to build the High Line, thus eliminating 105 street-level crossings, putting an end to the high number of fatal accidents. The original cost of the elevated line, at the time of its completion (1934), was $150 million; today’s equivalent is $2 billion.

But it wasn’t until the first decade of this century that the High Line, which was abandoned for several decades, was turned into an elevated park, or greenway, inspired by the Promenade Plantée of Paris, from Gansevoort Street to West 20th Street. In June last year (2011), the High Line was extended from West 20th Street to West 30th Street, with the appearance of Mayor Michael Bloomberg celebrating its extension.

One major impact since the greenway opened as a public park has been the real estate development in the neighborhoods near it. Many interesting buildings have risen near the elevated park, among them, the Standard Hotel, under which the High Lines runs. Another impact is the number of restaurants and clubs on the streets near the line, which are considered to be among the best spots to hang out in the city, day and night. One important aspect to mention here is that the area near the elevated park is considered to be very safe, to the standards of Bryant Park, on West 42nd Street and Fifth Avenue in Manhattan. 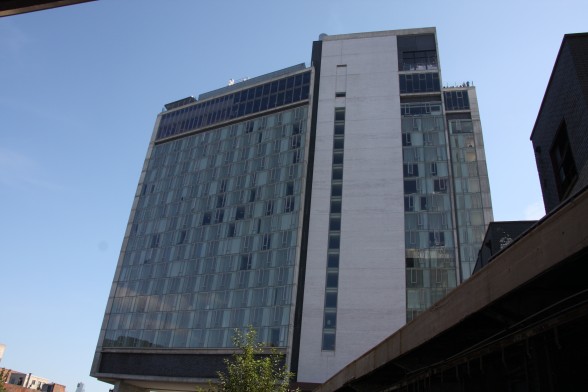 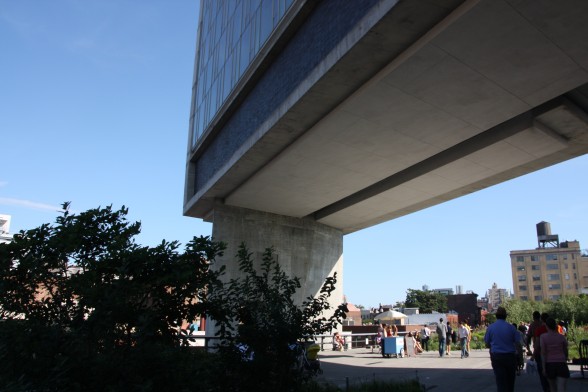 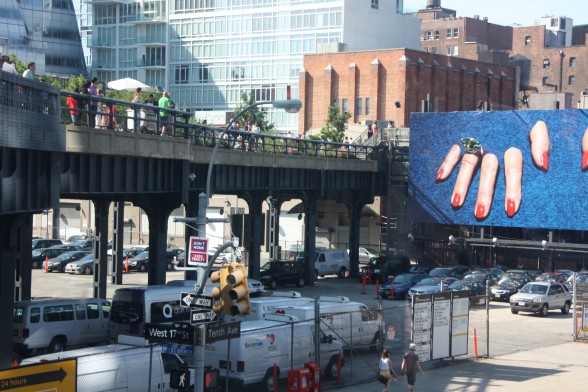 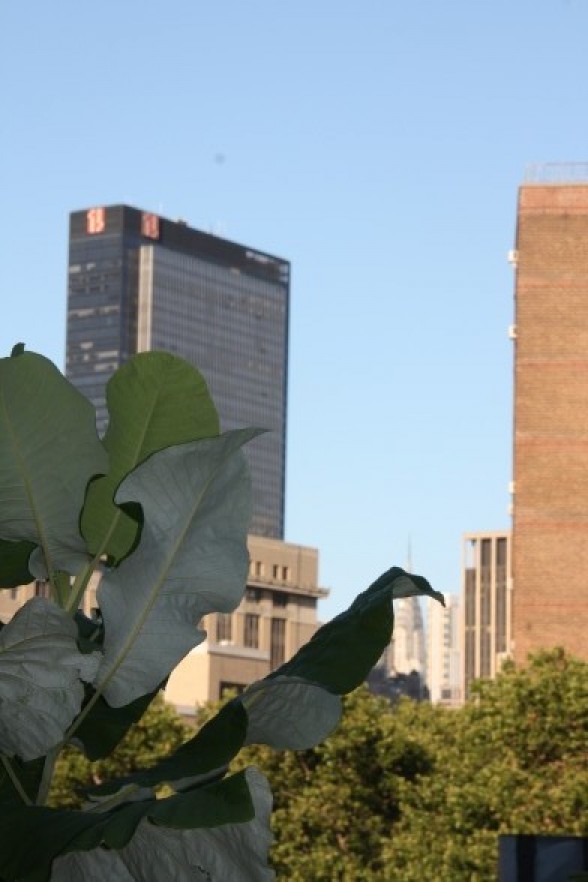 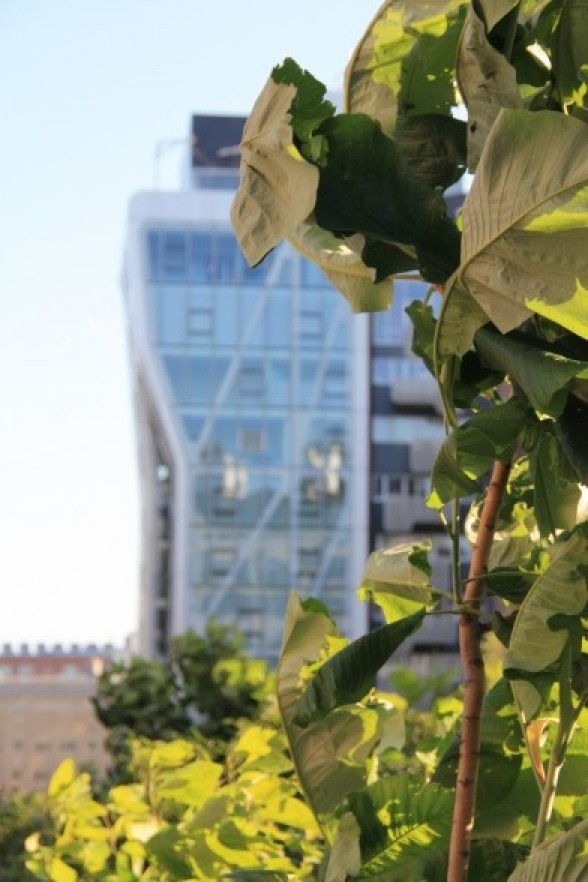 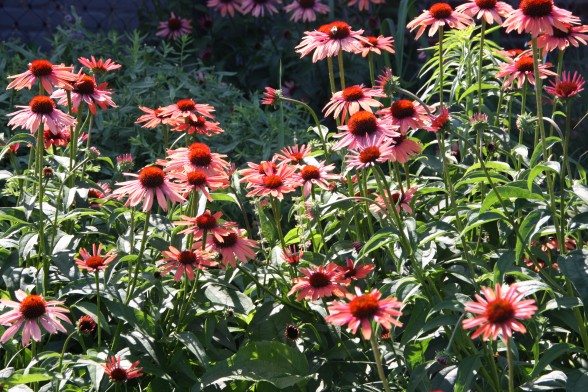 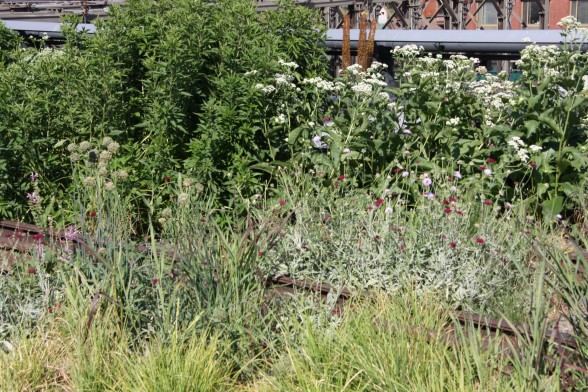 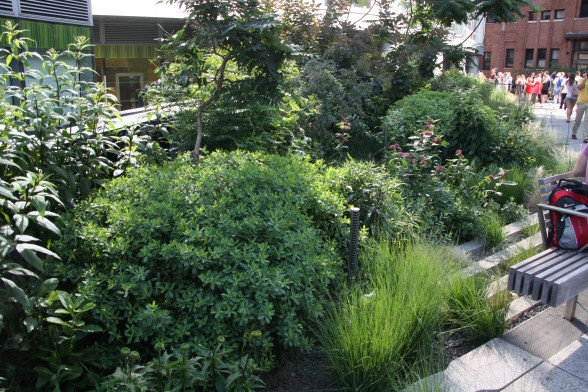 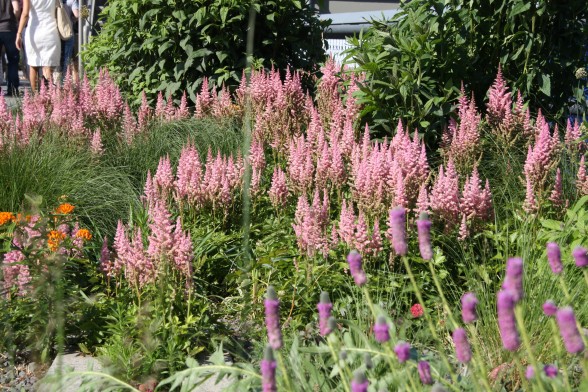 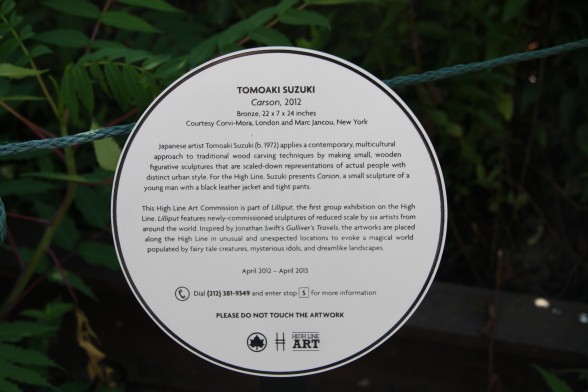 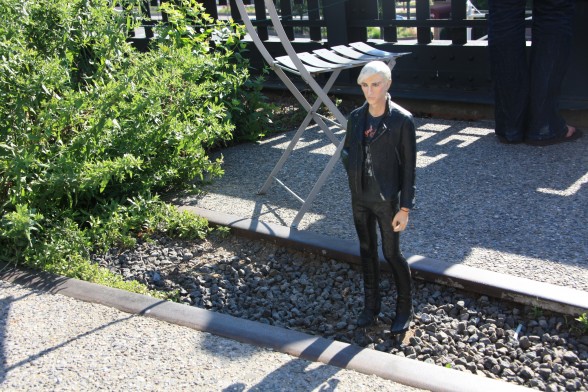