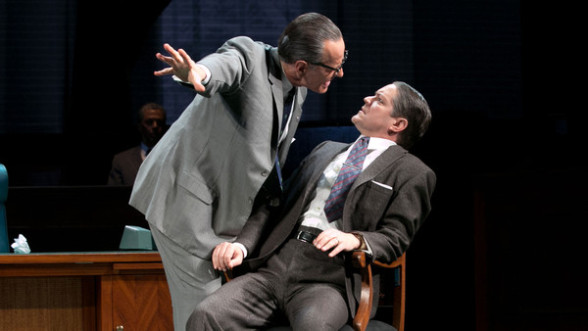 All The Way is the type of play that doesn’t get produced very often in American theater, partly because it’s a throw-back, but also because it’s expensive and complicated. Robert Schenkkan’s Kennedy Prize-winning play about Lyndon B. Johnson’s journey from becoming President after the death of JFK to his election a year later invites the audience to live in the world of early 1960s America, a time when the Civil Rights Act was passed through wheeling and dealing and smart politics, a time when the Democratic Party still ruled the South and a time when J. Edgar Hoover had his eye on everyone.

Clocking in at almost three hours, All The Way demands almost as much from its audience as it does from its actors, but Schenkkan’s ability to tell this story with humor, speed and clarity makes the play move quickly and energetically. The script itself is punchy and full of short filmic scenes and as directed by Bill Rauch, the play uses projections to indicate the many locations featured in the play, and also provides the audience with dates and countdowns to the election. The set is a version of the Senate, with actors staying on stage, either as witnesses or as themselves. As the play progresses, the set transforms into the Oval Office, hotel rooms in the South and a number of other political locations, but the raked seating remains, reminding us that for Johnson, the important thing is who will go along with him and who wouldn’t. That the politics is the key.

Bryan Cranston’s LBJ is full of manic energy and storytelling. He scampers around the stage and tells crude jokes and uses his folksy charm when it serves him. He’s a Texan with a strong belief in right and wrong and in morality and how he, as President, can change the moral tenor of America in the early 60s. He’s a President who uses his influence to get important legislation through Congress, and get himself reelected through whatever means necessary. The real power of this play and of this year in American history in particular is how prescient it is today. Johnson says to Hubert Humphrey that this will probably lose the South for the Democrats for his lifetime and for Humphrey’s as well. For younger audience members it’s surprising to even think that the Democratic party had a hold in the South before. In other ways the passage of the Civil Rights Act feels like the passage of the Affordable Care Act, and the politics behind that difficult and partisan legislation.

Across the board, the performances are strong and bring authenticity to a piece that educates while it entertains. Michael McKean is slippery and silver-tongued as J. Edgar Hoover. Brandon Dirden feels somehow miscast as Martin Luther King Jr, but perhaps only because his part is so calm in comparison to those around him.

All The Way reminds us of the mechanics of politics, and of the way that history can repeat itself and can reinvent itself. In the end, it’s about winning and losing and it’s about individuals and whole communities. But it’s also really about theater. 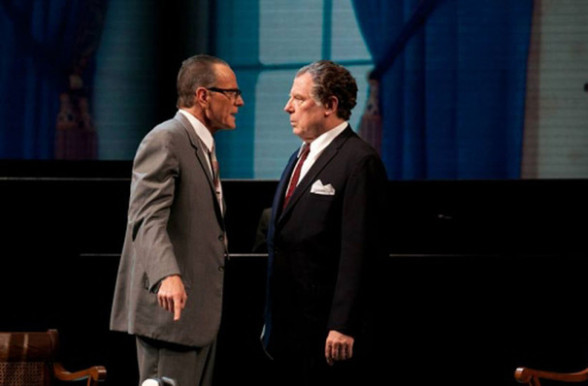 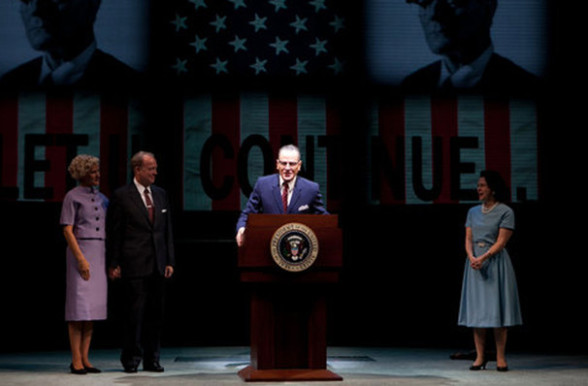 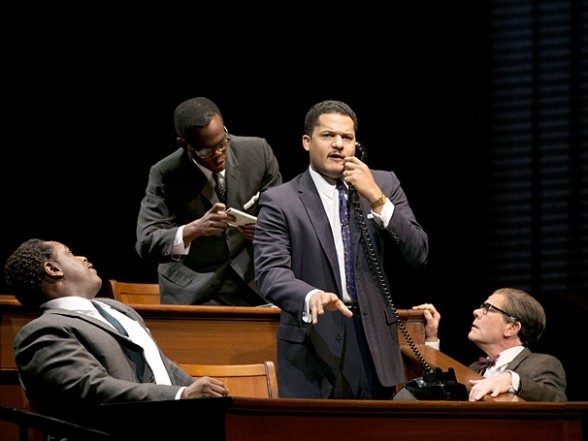