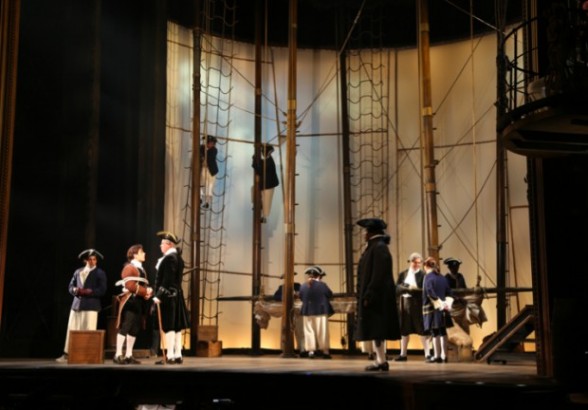 John Newton is not your average protagonist for a musical.

In Hollywood, they call it “medicine”: a movie or TV show that’s good for you, that teaches you something, that hopefully leaves you inspired. Amazing Grace, which is running at the Nederlander Theater, is definitely medicine — and it will teach you something about abolitionist history in 18th-century England. Newton’s story is very different and much more arcane. Who knew that in the 1770s, Newton wrote the famous hymn Amazing Grace, after having been a top-notch slave trader?

Under Gabriel Barre, who is making his Broadway directorial debut, Amazing Grace feels like a long lecture. As performed by Josh Young, Newton, a racist cad, who stays that way almost to the end, must deal with the impossible task of making a spoiled, demanding, alcoholic slave merchant likable.

Since Newton’s character is something of a flat-liner, the arc of the show really belongs to Newton’s longtime friend and love interest, Mary Catlett. However, their lack of chemistry and believability never allows their relationship to spark. Mary Catlett, played by Erin Mackey, singing with a pretty but thin voice, has qualms about the abolitionist movement — she doesn’t want to go to prison or to be executed, and makes the jump to the good-guys’ camp well before the intermission.

There is one remarkable conversion early in Act Two, when an African slave-trading princess, played by Harriett D. Foy, after capturing Newton, gives a camp performance, offering the show a few moments of levity.

Smith ends his musical with a stirring rendition of “Amazing Grace,” but the rest of the score utterly lacks Newton’s simplicity, and instead treads heavily in the current Broadway vogue. When the company finally starts singing the title song, which begins a cappella, chills ripple throughout the audience. By its conclusion, the entire theater is singing in unison. “Amazing Grace’s” message of redemption and change is a beautiful one.

Unfortunately, according to Mary and also theatergoers “it took you so long” to give up your slave-trader ways. 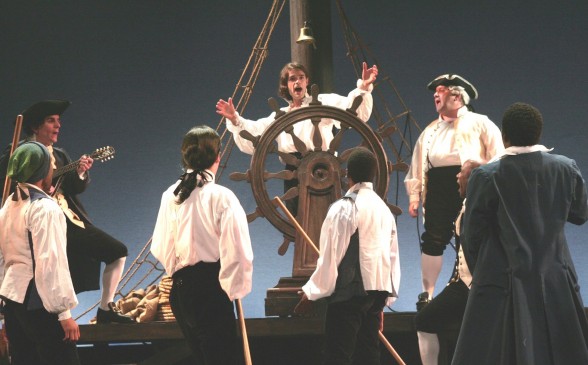 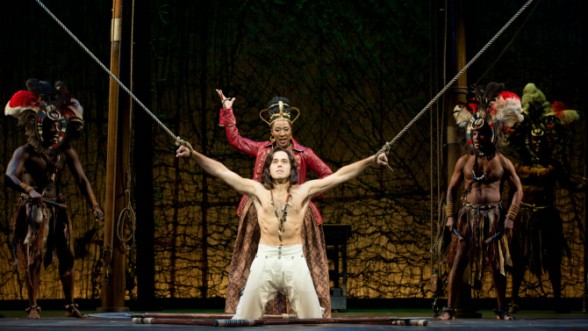 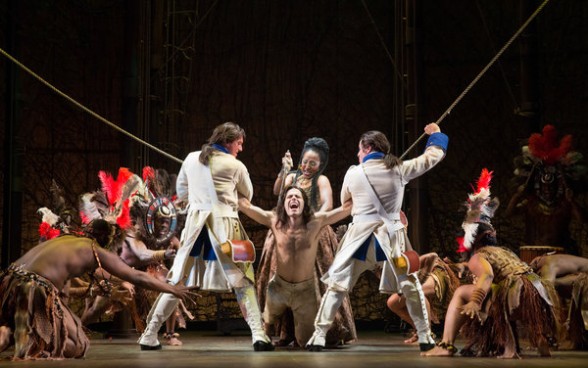