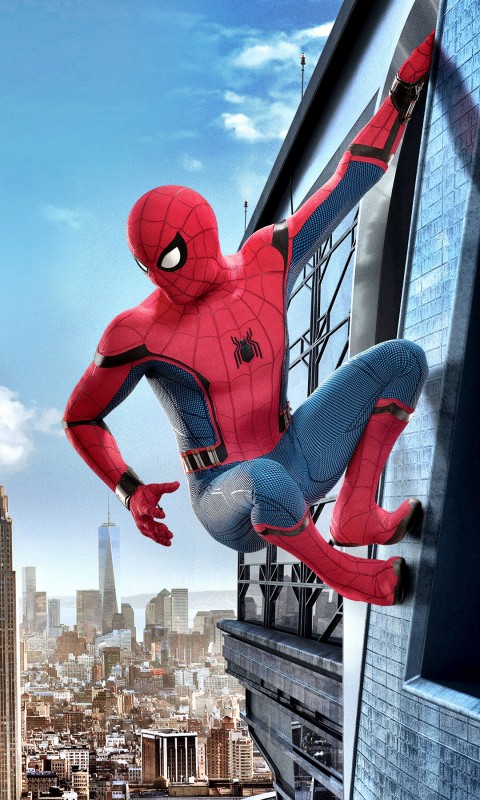 This is the second movie to star Tom Holland as Spider-Man after “Captain America: Civil War”. Both the superhero and his high-school-student alter-ego Peter Parker, are presented at their most awkwardly adolescent.
“Spider-Man: Homecoming” sees Peter Parker being shunted aside by his adult mentors Tony Stark (Robert Downey Jr.) and Happy Hogan (Jon Favreau) to tackle the more down-to- earth challenges of high school on his own. These include Parker’s pushy best friend Ned (Jacob Batalon), who wants to know all about Peter’s “internship” at Stark Enterprises; the High School Academic Decathlon, whose captain Liz (Laura Harrier) Peter has a major crush on; and Peter’s guardian Aunt May (Marisa Tomei) from whom Peter must hide his amateur crime-fighting activities as Spider Man. Peter’s teenage life is interrupted by the group’s boss, Adrian Toomes (Michael Keaton), who enforces his criminal antics with the aid of his own super-powered suit. This version of Peter Parker is less cocky than the prior incarnations of recent years. He is also rather whiny a lot of he time. Holland hunches over with wide-eyed excitement, sincerity and great superhero skills, and the picture delivers some genuinely effective action/suspense set pieces, including one set in the Washington Monument that worked me up a treat. I give director Jon Watts, the six writers, a brilliant and diverse cast and the thousand people involved in this production credit for delivering a superhero movie that understands the importance of absolute fun.
Watts’ light touch with the younger characters, a strength that was
evident in his previous film, pairs well with these effortlessly charismatic
and bright performers. The big action set-pieces thrill, but the film’s most
exciting moments are the less dangerous ones popping with color, light,
and personality as the characters interact with each other. It’s an
injection of pure, non-stop fun into what has become a formulaic sub-
genre, and the innocence serves to enhance the more serious scenes.
There’s a wit to the film in both the sass of the characters, the cameo
appearance of another superhero, and the awareness that we’re
watching a comic book hero in a teen comedy world.
Spider-Man: Homecoming is a joyful, smart, energetic, ambitious, smile-
inducing charming and ridiculously fun movie about a character who
shares those exact traits.
Will Peter be able to weave his double life? Definitely “Spider-Man:
Homecoming” is a comprehensively every-age success.