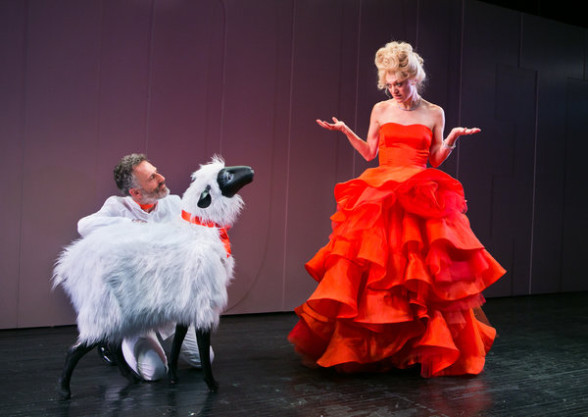 Marie Antoinette has been cleverly staged by Rebecca Taichman to incorporate the actors into all the scene changes and with helpful contextual projections for audience members who are a little hazy on their French history. A host of downtown regulars add to the party. David Greenspan minces about as a sheep that Marie befriends. Steven Rattazzi bumbles around the stage as Louis XVI, more interested in fixing clocks that running the country (or figuring out why everyone seems to be so angry with him). Jennifer Ikeda and Marsha Stephanie Blake are her understanding ladies-in-waiting who deal with her neuroses and eat macarons with her. Her lover Axel Fersen (played by Chris Stack) provides her with little comfort as she tries to decide where she belongs in court. And how to deal with the possibility of revolution.

After worrying about not providing an heir to her adopted country, she finally gives birth to the dauphine (played winningly by Aimée Laurence), but doesn’t have much of a maternal instinct. In fact, most of Marie’s instincts are wrong, she tries to escape with her husband and son, but doesn’t know enough about living outside Versailles to blend in. As we watch her make avoidable mistakes throughout the play, we come to understand her better, while also understanding the ways in which power can cripple us.

Something about this play has resonated with audiences and it was extended a number of times before it even opened. Whether its popularity is due to the history, the well-known cast or the fact that there aren’t very many seats available in the first place, Marie Antoinette is worth seeing for truly great performances, sharp writing and a chilling conclusion, despite its inevitability. 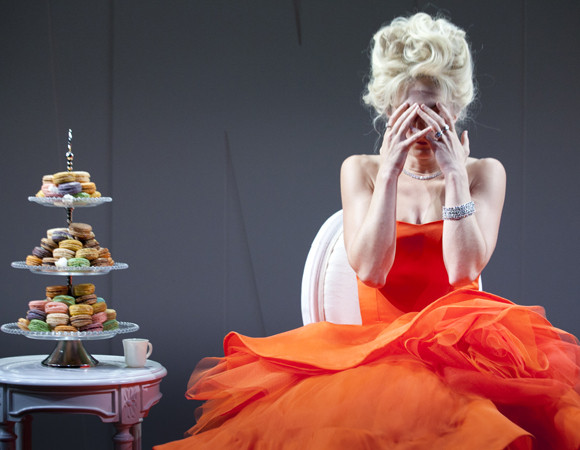