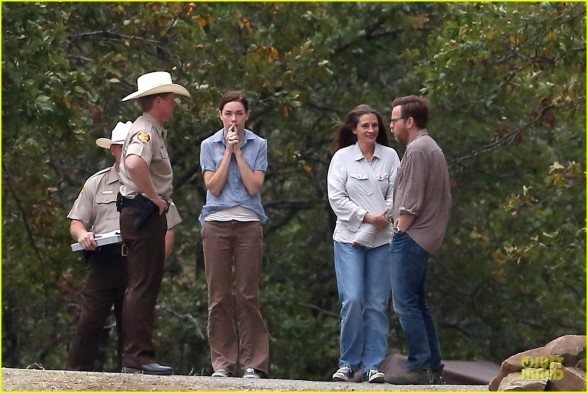 August: Osage County, the Pulitzer Prize-winning play that premiered at Steppenwolf in Chicago in 2007 and then transferred to Broadway, has been adapted by playwright Tracy Letts into a star-studded film directed by John Wells. The stifling heat of August in the Plains sets the scene as the Weston family reconvenes in Pawhuska, Oklahoma after Beverly, the patriarch, disappears. Beverly leaves his pill-popping wife Violet (played seethingly by Meryl Streep) with Johnna, a Cheyenne housekeeper who can take her to her chemotherapy appointments. Once the rest of the Westons descend from across America, all the family secrets tangle and slowly unravel, revealing infidelities, addictions, incest and betrayal.

The Westons’ three daughters, Barbara (Julia Roberts), Ivy (Julianne Nicholson) and Karen (Juliette Lewis) have all reacted to their parents’ fraught relationship in their own ways. Violet left and married Bill (Ewan McGregor) an academic who she’s newly separated from. Ivy stayed in Oklahoma and takes care of her parents and has a secret relationship that comes to light during the film. Karen makes terrible choices in men and lives in Florida with her new fiancé Steve a smarmy businessman who has been married a number of times before. Karen brings Steve (Dermot Mulroney) to the funeral, where he flirts with Violet and Bill’s daughter Jean (Abigail Breslin) and offers to give her some pot after the funeral. All these complications come to a head during a dinner that turns angry and emotionally violent where Barbara tries to wrest power away from her mother.

As Charles and Mattie Fae Aiken (Mattie Fae is Violet’s sister), Chris Cooper and Margo Martindale are charming and entertaining. Their relationship is less fraught than Beverly and Violet’s but Mattie Fae is a prickly pear, like the poem Beverly quotes in the beginning of the film. She can be sweet, but her anger controls certain parts of her life and she lashes out especially at her son Little Charles (played sweetly by Benedict Cumberbatch, despite being slightly miscast), who is unemployed and a little slow.

The film adaptation doesn’t feel quite as fresh as the play felt when it premiered and is more successful as a stage play than as a film. The plot was always secondary to the sharp dialogue and the fantastic performances in the Steppenwolf and Broadway productions and the cuts to the screenplay (the play ran at three and a half hours) make the film more sanitized and less acerbic. The script is still funny and tragic and filled with fantastic exchanges between quick- witted, stubborn family members who don’t know how to love one another. And despite its inferiority to the play, this portrait of family dysfunction is heart- breaking and the performances by the all-star ensemble are worth seeing.