Home Theatre Reviews A HIT BY ANY MEASURE: A REVIEW OF “HEDWIG AND THE ANGRY...
Facebook
Twitter
WhatsApp
Email
Print 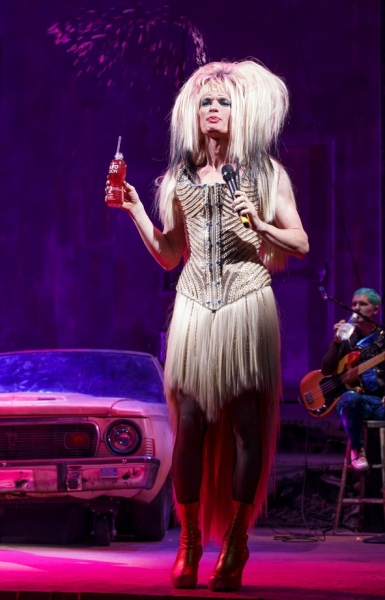 Hedwig shares all of this with us, and more; the show, in fact, is either one long monologue beefed up by a hard-driving, rock-and-roll score, or a rock concert featuring more than a little bittersweet, often profoundly sad let-me-tell-you-something-about-myself between-songs patter.  (Much of which seems ad-libbed.) It’s a painful story—Hedwig hasn’t had an easy time of it—and it appears to be just as hard for him to talk about his life as it must have been for him to live it.

Harris is wonderful.  He couldn’t have picked a more challenging role to mark his return; he never stops talking, rarely stops moving, sings lead on all the numbers—indeed, he never even leaves the stage.   He is, by turns, arch, witty, giggly, garrulous, grim, mischievous…even merry.  Dashing about on his sky-high heels, beneath an assortment of outrageous wigs, he dominates the stage like the rock icon he fancies himself to be.  (He even leaps into the audience a couple of times; be prepared to get up-close-and-personal with him, especially if you’re in the first few rows.) It’s an impressive—and, for Harris himself, undoubtedly exhausting—performance.

Some of the jokes fall flat (although you couldn’t tell by the gales of laughter) and the paper-thin book by John Cameron Mitchell (Stephen Trask penned the music and lyrics) resolves nothing, or even answers any questions—about his past, which remains somewhat sketchy, or his relationship with his “husband”, the mostly silent and inscrutable Yitzhak (excellently played by Lena Hall).

But those are trifles.  “Hedwig and the Angry Inch”—under the spirited direction of Michael Mayer, and with scene design by Julian Crouch, costumes and wigs by Arianne Phillips and Mike Potter, respectively, and lights by Kevin Adams—will have you bopping to the beat, admiring anew Harris’ talent, charm, and chutzpah, and maybe even shedding a tear or two.

Bottom line: it’s a hit, by any measure.

(And let’s hear it for the band!—Justin Craig, Matt Duncan, Tim Mislock, and Peter Yanowitz.) 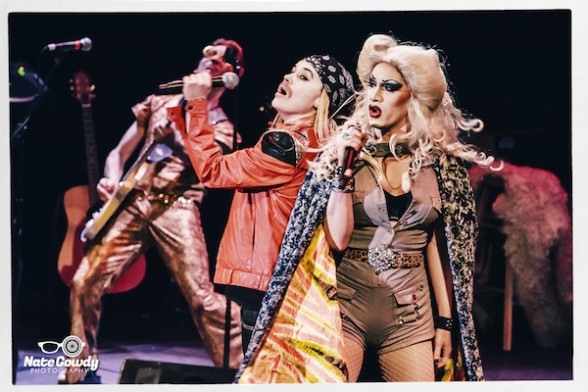 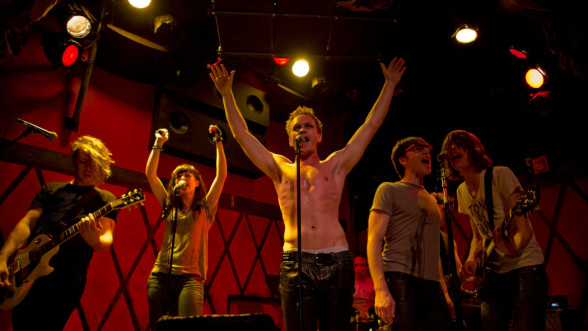