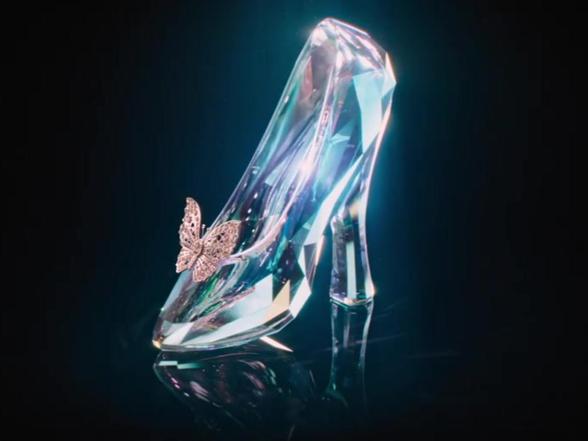 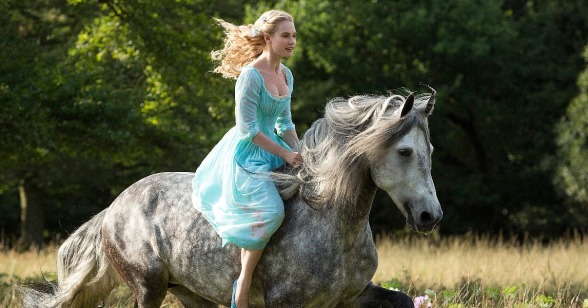 “It’s impossible to think of Cinderella without thinking of Disney and the timeless images we’ve all grown up watching. Those classic moments are irresistible to a filmmaker.”

This is Kenneth Branagh’s statement. He magically directed this film, written by Chris Weitz and inspired by the Charles Perrault fairytale.

Produced by David Barron, Simon Kinberg and Allison Shearmur for Walt Disney Pictures, the story follows the fortunes of young Ella, whose itinerant merchant father remarries following the tragic death of her mother. Keen to lend support to her loving father, Ella welcomes her new stepmother, Lady Tremaine and her daughters, Anastasia and Drizella, into the family home. But when Ella’s father suddenly and unexpectedly passes away, she finds herself at the mercy of a jealous and cruel new family. Finally relegated to the humility of a mere servant girl covered in ashes, spitefully renamed Cinderella since she works in the cinders, Ella could easily begin to lose hope. Yet, despite the cruelty inflicted upon her, Ella is determined to honor her birthmother’s dying words to “have courage and be kind.” She will not give into despair, nor despise those who abuse her. Then appears the dashing stranger she meets in the woods. Unaware that he is really a prince, not merely a hunting apprentice at the palace, Ella for once feels she’s met a kindred soul. It appears that her luck may be about to change, when the palace sends out an open invitation for all maidens to attend a ball, raising Ella’s hopes of once again encountering the charming “Kit.” Alas, her stepmother forbids her to attend and callously tears her démodé dress apart. But as in all good fairytales, help is at hand as a kindly beggar woman steps forward. Armed with a pumpkin and a few mice, she changes Cinderella’s life forever.

Cinderella brings to the big screen the classic story, embellished with minor changes, and some very compelling human elements, yet still remaining so largely faithful to the classic Disney that in some shots, we see those very memorable images that even today live in our childhood memories. This reminiscence is not a defect because, while remaining true to the original story, Branagh recounts the events incisively, so that we have no doubt about Cinderella’s golden character, nor where the cruelty of Lady Tremaine originates. In addition to conclusively giving heightened credibility to the mysterious unnamed Prince Charming of the fairytale, the film pays homage to Cinderella’s  father-in-law to be, as well as her tiny rodent friends.

The director constructs a visual narrative that uses the core of the original material and harnesses it with great intelligence, adding details that make the slender classic plot plausible now, enriching it with realistic passages suited to a feature film. The 2015 Cinderella stands free of previous versions. It will definitely be a feast for the eyes and hearts of children, who will always fondly remember these ninety minutes of splendid cinematic magic. The only shortcoming is the tone of the aspiring young princesses, Drizella and Anastasia, but the film does accord superstar imperious presence to the great, stunning and ultra cruel Cate Blanchett, who, with all due respect to the good guys, and thanks to the gorgeous costumes – the most pleasurable of special effects – manages to overshadow both the beautiful Cinderella, played by the lovely Lily James, and the Prince Charming, Richard Madden, who exudes emergence from a fairytale with his winning smile and sincere big blue eyes.

Cinderella’s current message is not about dreams:  her motto is no longer  “a dream is a wish your heart makes” but “have courage and be kind,” welcome behavior, considering our hunger for this message and today’s greater-than-ever need for kindness and tolerance. Kudos to the ingratiating Fairy Godmother, Helen Bohnam Carter, who with the perfect use of CGI, makes audience members delight, especially those dreaming of the ultimate in fairytale ball gowns. 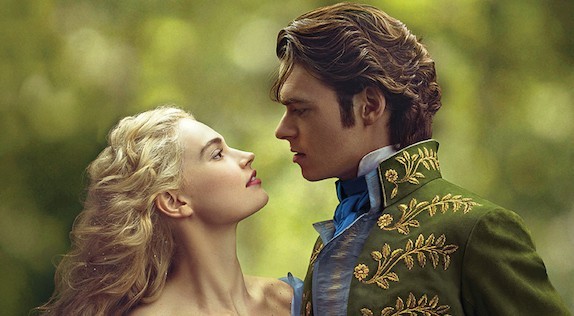 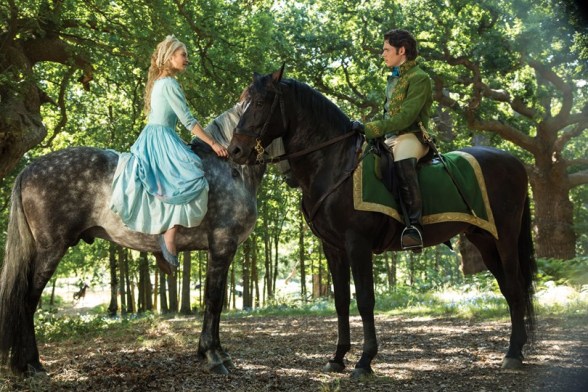