One of this year’s Best Picture nominees starts off in the present, but propels the hero back in time — repeatedly! — to 1920s Paris, while another begins in the 1920s, in Hollywood . . . and stays there.
.[block_content]
The time travel tale is Woody Allen’s “Midnight in Paris”, and it just might make you want to pack your bags and visit the City of Lights yourself — and not only because of the scenery and gorgeous architecture.
.
Owen Wilson stars as Gil, a self-described “Hollywood hack” and budding novelist on vacation with his fiancee and her parents. Allen tips his hand immediately, foreshadowing the surprises to come by having Gil wax poetic about the “mystique” of Paris, and how wonderful it would have been to live in the city back in the 1920s when it was the go-to destination for artsy types everywhere.
.
No sooner does Gil find himself lost in the back alleys of Paris one night, than an antique car pulls up, a stranger waves him over, and before he knows it he is sharing a back seat — and, later, drinks and bon mots — with the likes of F. Scott and Zelda Fitzgerald, Ernest Hemingway, Gertrude Stein . . . you name the American ex-pat, and dollars to francs, he (or she) will shortly turn up.
.
Gil, apparently, has stumbled upon some kind of time portal; by visiting the same secluded spot every night at the stroke of twelve (and visit it he does; he’s hooked, and who wouldn’t be?) he can journey back in time and get manly advice from Papa Hemingway, save the southern-fried and suicidal Zelda F. from taking her own life, and even receive writing tips from Ms. Stein. So unhappy is he with his fiancee, Inez (almost as unhappy as she and her parents are with him) that he soon comes to view these Twilight Zone-like sojourns as a means of escape. The question becomes: What will he do? Stay with Inez, or remain among his newfound (though long-dead) friends?
.
Wilson — perfectly fine in the lead — channels Allen himself, wide-eyed befuddlement, rat-a-tat delivery and all. Rachel McAdams does good work as his impatient and overly judgmental wife-to-be, and Corey Stoll is nicely understated in a terrific comic turn as Hemingway.
.
The real star of the movie, however, is the premise. Allen relies on it too much, though; before long, all we’re doing is waiting for the next deceased celebrity to pop up.
.
The score by Stephane Wrembel is lovely, and the cinematography by Johanne Debas and Darius Khondji is breathtaking. Allen himself, as the writer and director, has concocted quite a little trifle here. And make no mistake, it is a trifle — albeit one with a big heart and (maybe we ALL need to escape!) big ideas. 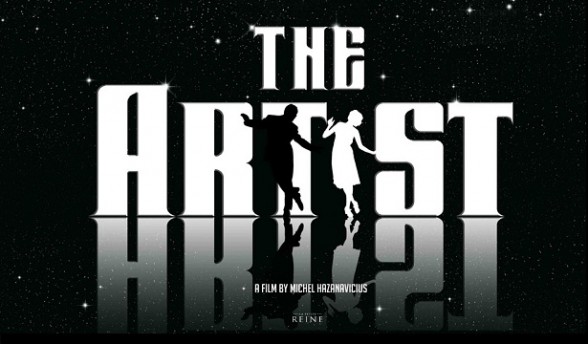 The other movie — and a better one by far — is “The Artist”. Jean Dujardin stars as George Valentin, a silent film star with twinkling eyes, a dazzling smile and enough adoration from the movie-going public to make him the envy of every actor in Hollywood. He’s got a fancy house and his own chauffeur. Even his wife, who — as the story opens — has just finished co-starring in a movie with him, seems to be having trouble coping with his success.

.
Enter Peppy Miller, a pretty and ambitious young lady with dreams of her own. One day outside a movie theatre they “meet cute”, she falls for him (and he for her), and ends up auditioning for, and ultimately being cast in, his next film. In no time at all she becomes a star, and her name begins appearing on every marquee in town. But there’s a catch: as her star starts to rise, his begins to wane. It’s the late 1920s, the spectre of “talkies” looms ahead, and George’s bosses at the studio believe that their former leading man, their former meal ticket, is no longer the future — but the past.
.
All of this is played out, of course, as — what else? — a silent movie. Not a word is spoken — at least none that we can hear. All we’re ever aware of, aside from a few random sound effects during George’s nightmare (a barking dog, a honking horn) is Ludovic Bource’s exuberant score, and a good old-fashioned toe tapper it is.
.
Dujardin is excellent; harndsome, virile-looking, but — most of all — wonderfully expressive, he is proof that a talented actor can make even a role without words come alive. As his lady love, Peppy, Berenice Bejo is just as animated, just as winning. They’re challenging parts, both of them — and Dujardin and Bejo (with the help of director/screenwriter Michel Hazanavicius, using the old “A Star is Born” template to great effect) pull them off with panache to spare.
.
The black-and-white cinematography is gorgeous (there’s a scene at the end in Peppy’s mansion in which the use of light and shadow is especially striking), the period sets are lovely, and, yes, even the dog — a heroic pooch named (in real life) Uggie — is adorable.
.
“The Artist” doesn’t exactly engage the emotions — at least not until the end, when the true extent of Valentin’s heartbreak becomes clear — but it does please the eye and, ultimately, lift the spirits.
.
It’s a simple story elegantly told. Who knew that nearly a hundred years after their Hollywood heyday silent movies could still be so much fun?
.[/block_content]
FILM REVIEWS by Stuart R. Brynien