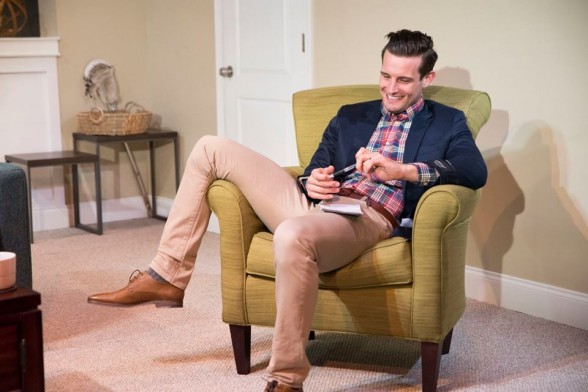 Jaime has a girlfriend he doesn’t like so much: She is an activist who thinks our planet should be cleaner, thus more people should commute to go to work and get around, and not use private cars. He has a job at an oil company, so imagine what it feels like every time she talks about pollution. Well, besides being a crazy activist, his girlfriend faces another problem much harder to deal with than environmental issues: Jaime is a party kid, and he has party friends to do cocaine and smoke weed with.

A big accident happens in Mexico: a catastrophic oil spill, and Jaime’s company is going to get in trouble. So he decides to party with his friends, now that he’s alone without his girlfriend and his dog. She leaves him because he sounds to aggressive when he gets upset with her, and takes the dog because she knows he can’t take care of their pet. He can actually hardly take care of himself.

The play has a great cast, who make this 90-minute story interesting and exciting to see. It’s mostly a young crowd who take their unassigned seats, and laugh hard during the funny jokes. There are many jokes, despite the tragic story and sad end. Go see it before it closes on May 21st.