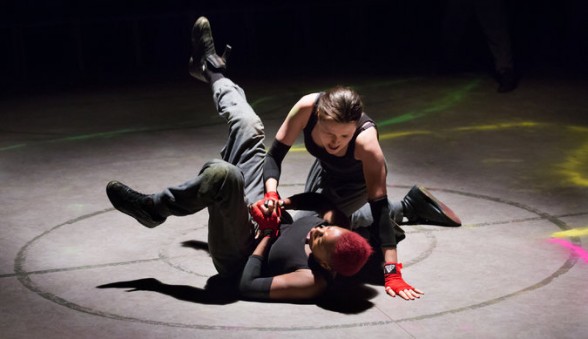 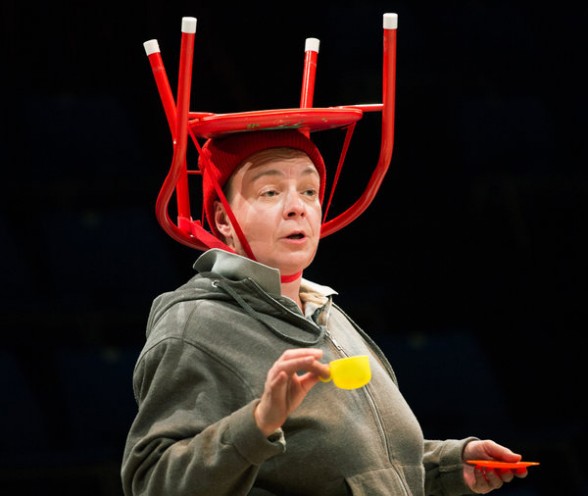 Shakespeare’s Henry IV plays have been dissected and reorganized into a single intermissionless play at the new St. Ann’s Warehouse. To inaugurate the space, St. Ann’s has brought Phyllida Lloyd and Harriet Walter back with another all-female Shakespeare play set in a women’s prison. Where Julius Caesar found ways to relate the play to the prisoners, Henry IV for the most part sticks to the Shakespeare and tells the story of family, honor and duty in a way that is both fresh and timeless.

Using playroom furniture to symbolize the world of the tavern and vice and boxing paraphernalia to evoke the world of rebellion and war, the cast of actors (playing prisoners doing Shakespeare) need very little to tell the story. Creative use of costume and props bring a levity to the production while also bringing the audience into the concurrent worlds of the play and the prison.

Henry IV isn’t so much about the King, as it is about the relationships between fathers and sons. Prince Hal (played by Clare Dunne) and Hotspur (played by Jade Anouka) are rival sons of rival fathers, though Hal is a derelict who spends most of his time in a tavern with Falstaff and friends, and Hotspur (in this production at least) spends most of his time at the boxing gym getting ready for the next battle. When confronted with an upcoming test of valor, Hal must decide which father figure to be loyal to—the one who is King or the one who allows him to misbehave and forget he’s a prince (there’s a great moment when Hal shows up wearing a Chelsea jersey, a perfect costume piece to represent a bratty prince). Hal’s decision to fight on behalf of his father is not a surprise and he tries to use it to Falstaf’s advantage by offering him a commission in the army. Meanwhile, misinformation and double crossing prevent Hotspur from living up to his potential.

There’s a joy to this production that may not necessarily be attributed to its all-female cast, but is certainly enhanced by it. The women of the play are given the opportunity to play against type (once again I love seeing a troupe of diverse, fascinating actresses dig into Shakespeare with skill and flourish) while also finding the universality of the play within the prison setting. Sophie Stanton as Falstaff is as brash and funny and heartbreaking as Harriet Walter’s Henry IV is noble, fearsome and flawed. Both are at the top of their game, bringing specificity and honesty to the roles.

This adaptation of the Henry IV plays makes the plays accessible and thought-provoking. And adds another great Falstaff to the long line of actors who have brought the great character to life—one any audience won’t easily forget. I wonder what they’ll do next? 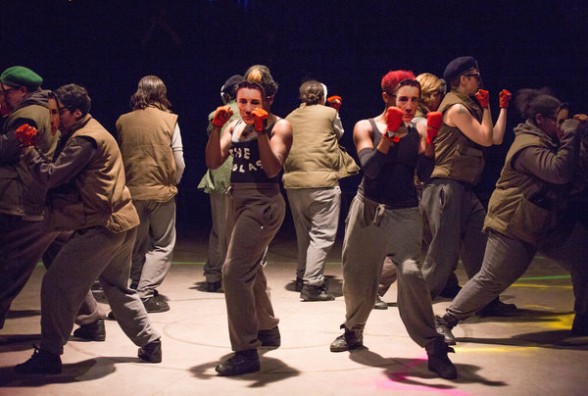 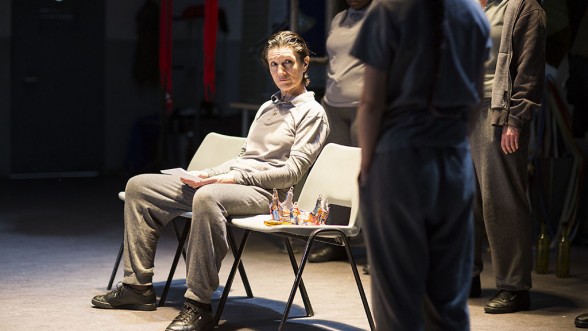 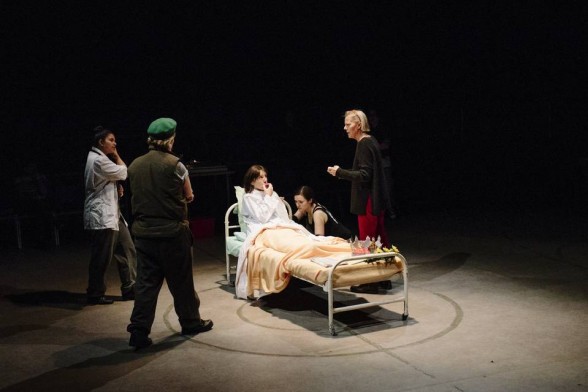